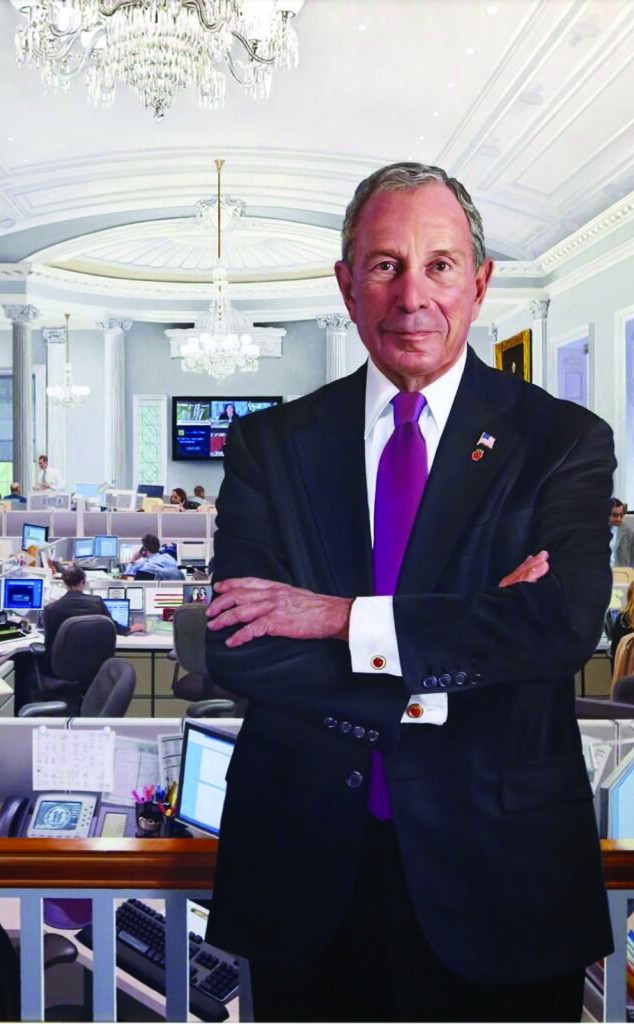 Mayor Michael Bloomberg may be leaving office Wednesday but his face will forever smile down at his beloved bullpen.

Two days before leaving office after 12 years, Bloomberg’s official portrait was unveiled in City Hall Monday. In the painting done by artist Jon Friedman, Bloomberg stands in a dark suit and a striking purple tie, his lapel and cuffs accented with the education-apple insignia he favors.

The painting, the city said in a statement, “was privately funded and is a gift to the city.” The image from which this portrait was made was shot this past June 27, 2013.

All other 108 portraits of New York City mayors hang in chronological order, placing Bloomberg near his predecessor, Rudolph Giuliani.