Israel Barkat: We Did the Best We Could In “Mini-Tsunami” Storm
Israel 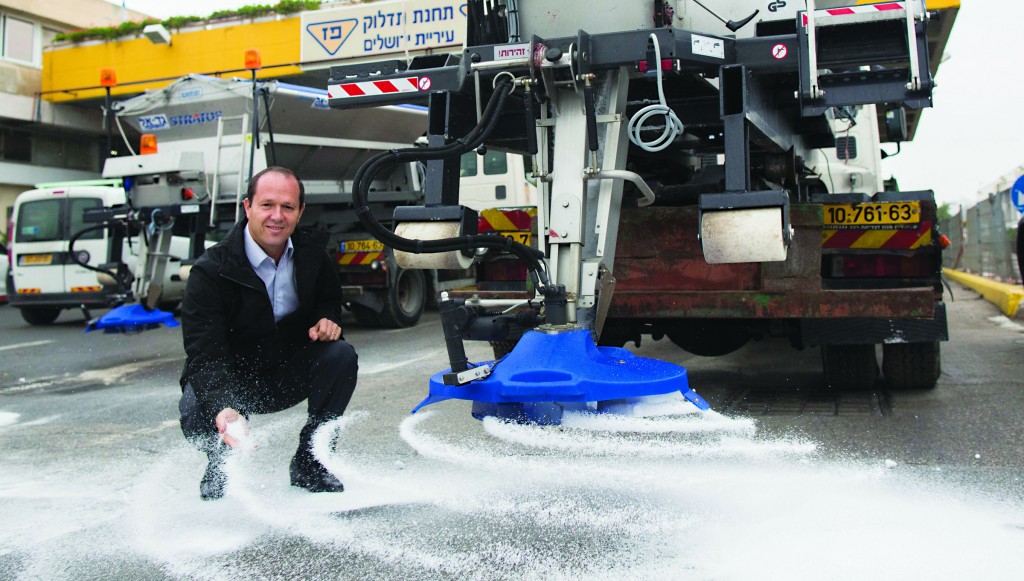 An interim report submitted by Yerushalayim Mayor Nir Barkat to the Knesset Interior Committee on Monday said that the municipality used all available resources in responding to the snowstorm of two weeks ago, but it could not have prevented the shutdown of roads and services that occurred.

The report stated that while the storm was initially forecast to drop about 6 inches of snow — which the city was prepared for — the 27 inches that actually fell was a weather event of overwhelming proportions.

Barkat explained that the municipality was forced to focus on three main tasks: saving lives and providing emergency response teams to residents; ensuring food supplies; and “returning the city to normal as soon as possible.”

In a flurry of data that may or may not blunt public anger at the week-long shutdown, the report catalogs the municipality’s response: It utilized 110 tractors for snow removal, dispersed 280 tons of salt, delivered 8,000 meals, employed 900 workers working in two 24-hour shifts, opened 21 emergency shelters, recruited some 2,000 volunteers and 500 soldiers.

In addition, 30 dispatchers answered 75,000 calls for help and aided 4,000 residents in need of assistance.

It opened a number of emergency shelters throughout the city to care for stranded drivers as well as elderly and vulnerable citizens.

After the storm lifted, the city deployed some 30 teams of workers to remove debris from the more than 35,000 trees that were damaged, resulting in dangerous fallen limbs scattered throughout the capital. As of Monday, the municipality has removed over 1,300 truckloads of fallen branches, the report stated.

Investigations aren’t over. Barkat said seven teams have been commissioned to examine all aspects of the city’s services to residents, including public transportation, electrical failures, welfare assistance and overall management and communication during the storm.

Describing the storm a “mini tsunami,” the mayor has asked the government to help the cost of hundreds of millions of shekels due to the storm.

Meanwhile, the State Comptroller’s report on the storm is under way.