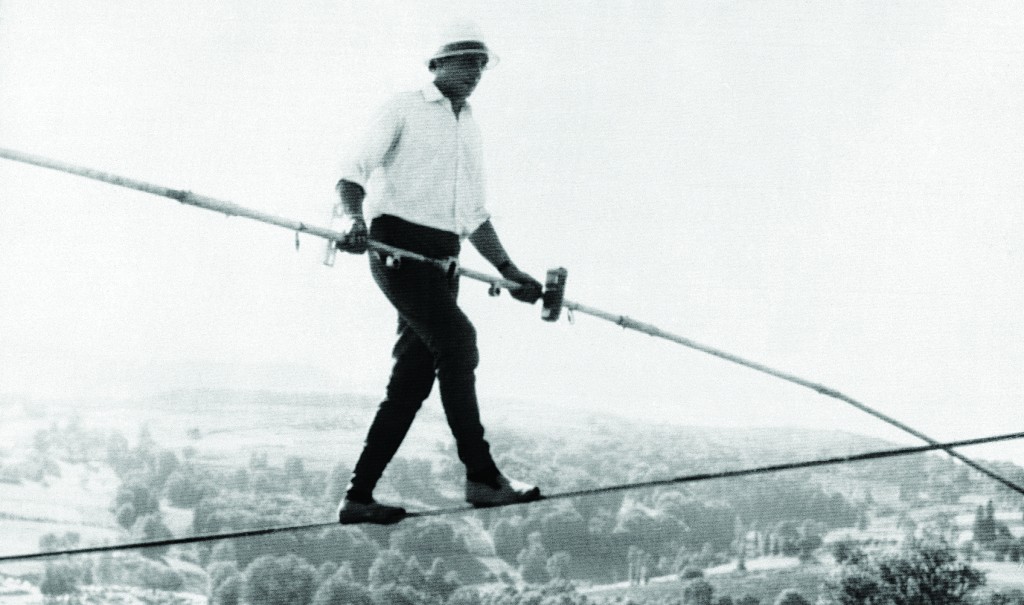 The celebrated French tightrope walker and chair-balancer known as Henry’s, who balanced high above the Alps, Niagara Falls and for months over a supermarket in his hometown, died on Friday.

Henry’s, whose real name was Henri Rechatin, once walked along the cable that carries cable cars to the summit of the Aiguille du Midi in the Alps. Maurice Vincent, the mayor of Saint-Etienne, said Henry’s once balanced above the Grand Canyon and that such stunts helped promote Saint-Etienne worldwide.

At Niagara Falls in 1975, he balanced on a platform attached to a motorcycle that his friend rode across the cable over the Whirlpool Rapids, all while a friend hung from a pole he carried on his shoulders.

Several times, atop tall buildings or overlooking precipices, he sat on a chair balanced on its back legs, which were perched on upside down glasses which in turn sat on another chair, also propped up on glasses.

But Rechatin is perhaps most famous in France for spending six months in 1973 on a cable 60 feet above a supermarket in Saint-Etienne. Photos from the stunt show that while he often walked along the wire, he could also sit on a small platform balanced on the cable. In one photo, he is sitting down to shave.

He was 82, according to French press reports.