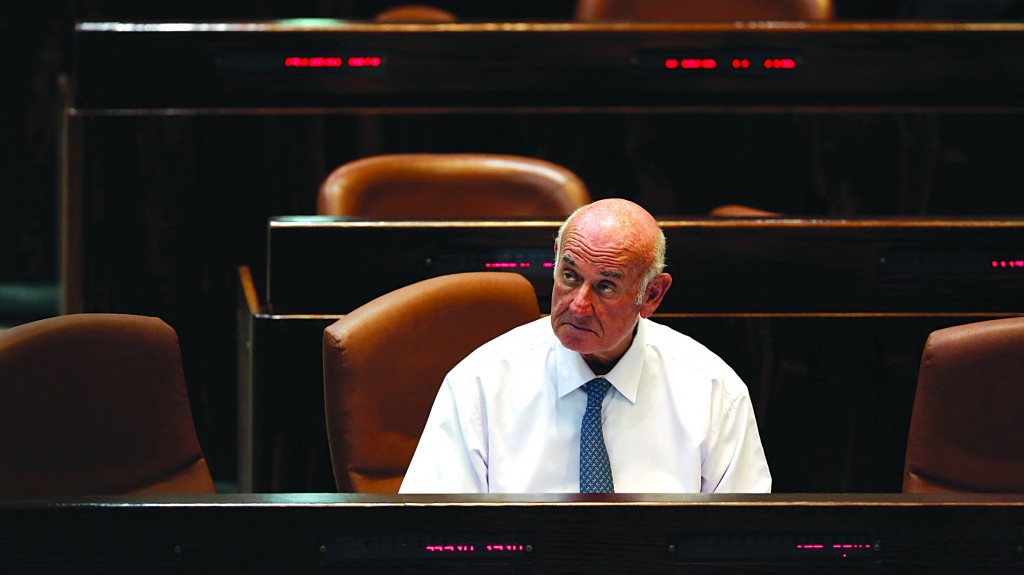 New Building in Yehuda and Shomron to Be Announced

History — recent history, at least — repeats itself in Israel this week, as the government finalized its decision to release 26 more Palestinian prisoners at the same time it prepared to announce the construction of 1,400 homes in Yehuda and Shomron.

And, just as last time, the coupling of prisoner releases with declarations of an expanding presence in Yehuda and Shomron drew highly emotional reactions, so too this time. Many Israelis, especially families of terrorist victims, protested the release of terrorists “with blood on their hands” under any circumstances, but the High Court again upheld the move, citing previous rulings. On the other hand, building over the Green Line provokes the usual Palestinian threats of leaving the peace talks, while the U.S. scolds and Israel insists that the right to go on with the building was understood by all parties when the talks resumed.

Late Motzoei Shabbos, a ministerial committee approved the list of prisoners and, like last time, scheduled their transfer to the Palestinian Authority for late at night, on Monday.

The United States said Israel had informed it of plans to release the group of prisoners on Dec. 30, a day later than expected.

“Although we had expected the release to occur on December 29, we have been informed that technical issues made it necessary to do the release a day later,” State Department spokeswoman Jen Psaki said in a statement.

An Israeli government official said about 600 homes would be slated for Ramat Shlomo, a mainly chareidi area in Yerushalayim. Another 800 would be built in locations in Yehuda and Shomron which Israel plans to keep in any future peace deal, though the list was not yet finalized, the official — who spoke on condition of anonymity — said.

Palestinian chief negotiator Saeb Erekat said additional building would “destroy the peace process” and could be met with retaliation.

“We in the Palestinian leadership would immediately present our application for membership in 63 international organizations, among them the International Criminal Court,” al-Quds newspaper quoted Erekat on Friday.

In Israel, anguished protests were met with stoical rhetoric.

Family members of terror victims demonstrating outside the Israeli Prime Minister Binyamin Netanyahu’s residence held up photos of victims and signs saying, “You should be embarrassed. Only in Israel are killers freed.”

But government officials maintain they have no choice at this point. Israel must honor its agreement with the U.S. on this, Science, Technology and Space Minister Yaakov Peri (Yesh Atid) said in Tel Aviv on Friday.

Peri, formerly head of Shin Bet (Israel Security Agency) and a member of the abovementioned ministerial committee, said he had personally been involved in the arrest of many of the prisoners set to go free.

“It was not easy to get them into jail or to prove that they had killed. I know each one of them. But a democratic state that has signed on an agreement has to honor it. It is hard, it is tragic, it is painful and it raises questions that I myself do not even know how to answer,” Peri said.

Peri denied any link between the prisoners and the building, saying it was a “mistake” to connect the two. “It is harmful to the bereaved families. How does such building help them?” he said.

Any new building, Peri said, should be in the Jewish population blocs of Yehuda and Shomron, which would become part of Israel in any final status agreement.

“Most of the people in [the region] will be gathered in those blocs. We will have to evacuate a certain percentage, something on the order of 15 to 25 percent,” Peri  said.

Psaki said that Kerry would travel on January 1 to Yerushalayim to meet with Netanyahu and to Ramallah to meet with Abbas.