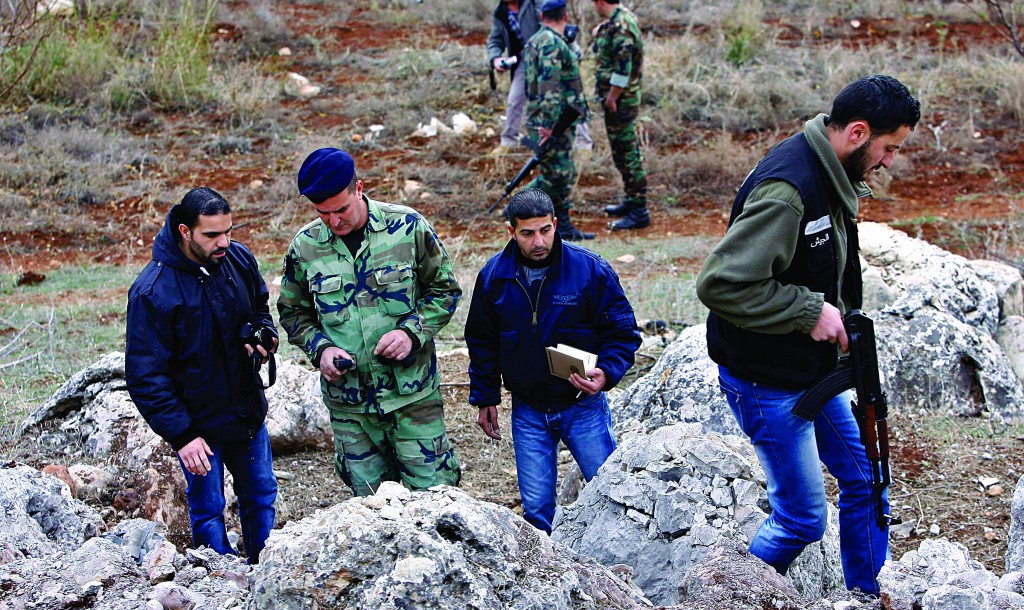 Israeli authorities said five rockets were launched from Lebanon but only one or two struck inside Israel, near the border town of Kiryat Shemona. Residents there awoke to two large explosions. However, there were no disruptions to work or school in the area.

No injuries were reported on either side.

It was not immediately clear who fired the rockets. The U.N. peacekeeping force in Lebanon (UNIFIL) urged restraint, and said it was working with the Lebanese Army to obtain further details of the attack.

In his public remarks at Israel’s weekly cabinet meeting, Netanyahu accused Hizbullah of “organizing fire on civilians, as it tried to do today” — language that stopped short of alleging the group itself carried out the rocket strike. He accused the government of Lebanon of “not lifting a finger” to stop the “war crimes” committed in its territory by Hizbullah terrorists.

Israeli Defense Minister Moshe Yaalon said in a statement that the IDF responded to the rocket strike with “massive shelling toward the (rocket) launch area” and he threatened the use of “even greater force” if necessary.

A Reuters witness in the Lebanon frontier area said 33 Israeli shells hit near two southern border towns. A Lebanese security source confirmed the count, and said no one was hurt.

It was the first rocket strike from Lebanon since August, and Israeli Prime Minister Binyamin Netanyahu said Israel held the Beirut government responsible for any attacks emanating from Lebanese territory.

Hariri has suggested Hizbullah was behind the assassination, drawing parallels with the 2005 explosion which killed his father Rafik al-Hariri. Hizbullah condemned Chatah’s killing as a “horrible crime.”