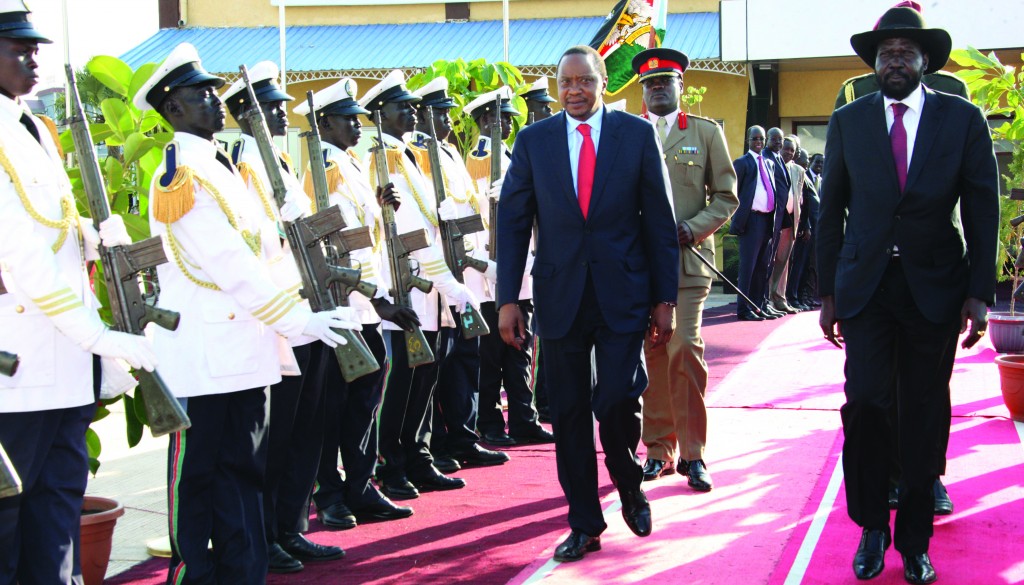 Fighting raged outside Bor, in Jonglei state, recently retaken from rebels by the government, and in oil-rich Upper Nile state. Thousands are feared dead in 12 days of violence.

A stumbling block is Kiir’s demand that his rival, former Vice President Riek Machar, come to the table without any conditions. Machar is demanding release of 11 arrested former ministers who are part of the opposition.

In addition, there’s Kiir’s accusation that Machar and the arrested opposition figures launched a coup, a claim Machar denies. South Sudan government officials said Wednesday that the coup investigation must go forward. On Thursday, Machar appointed his delegation to any peace talks that may take place, which included former ministers now in jail, the Sudan Tribune reported.

Despite reports by the U.N. and local media of killings based on ethnicity, Kenyatta said it was wrong to suggest that there was an ethnic element to the crisis. 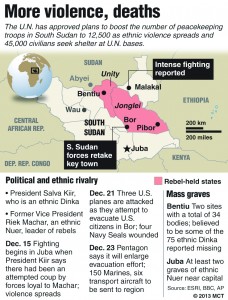 “We should strive to correct that negative impression,” Kenyatta said, according to Kenyan media. Ethiopian Foreign Minister Tedro Adhanom told reporters that good progress had been made in the talks.

“The issues discussed were … cessation of hostilities; and the second is the immediate start of talks … to settle the issue politically; and the third is the detainees who are … (suspected of plotting) the coup,” he told reporters.

A South Sudan government official said Machar would have to renounce the rebellion, news agencies reported.

Kiir sacked his entire Cabinet in July. Many of the dismissed officials became openly critical of him, leading to deep divisions in his ruling Sudan People’s Liberation Movement. Machar later indicated that he would run against Kiir in elections in 2015.

Attempts to resolve the differences at a party conference earlier this month failed, and days later fighting broke out among rival factions of the presidential guard.