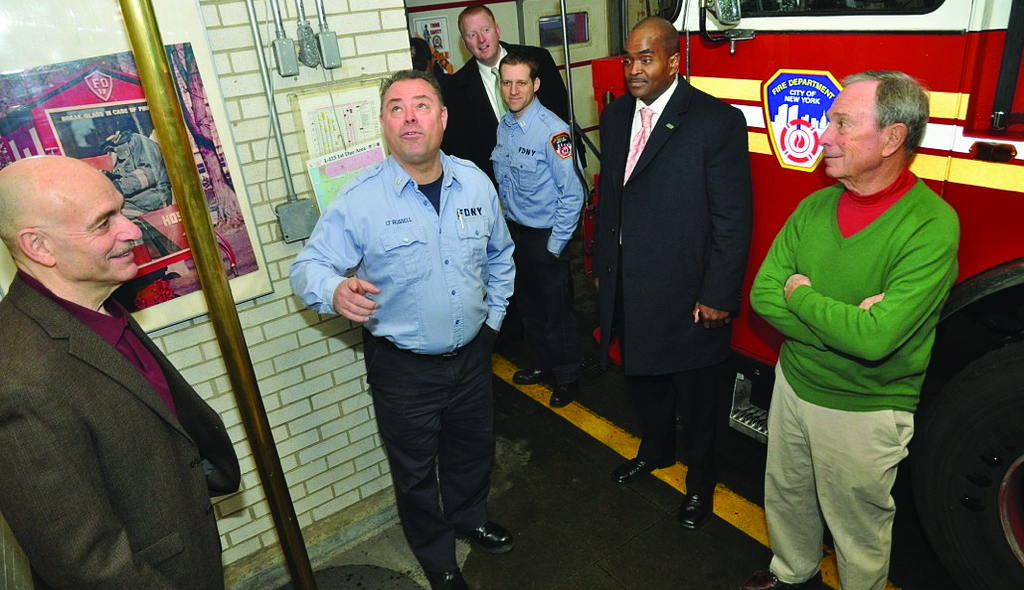 During Mayor Michael Bloomberg’s 12 years in office, 69 city workers died while on duty. As he prepares to hand over the reins next week, he’s been making thank-you calls to the families of the departed police officers, firefighters and sanitation workers.

Over the last few weeks, Bloomberg told reporters Wednesday, he’s tried to contact as many relatives as possible, although the city hasn’t been able to find about 10 or 15 families, The New York Times reported.

Tatyana Timoshenko was busy with her sick dog a few weeks ago when the phone rang. Someone on the other line said that the mayor would like to talk to her. It was about her son, police officer Russel Timoshenko, who was shot and killed during a July 2007 traffic stop in Brooklyn.

“He said he will always remember what Russel did for the city,” the Belarusian immigrant said.

During a stop Wednesday at a Queens police station, Bloomberg recalled being tongueitied as he attended the funerals of all 69 municipal employees. He is now trying to make up for his reticence.

Timoshenko said she was touched by the mayor’s call.

“Nothing can change what happened,” she told Bloomberg, “but it would be even more sad for me if Russel was forgotten.”