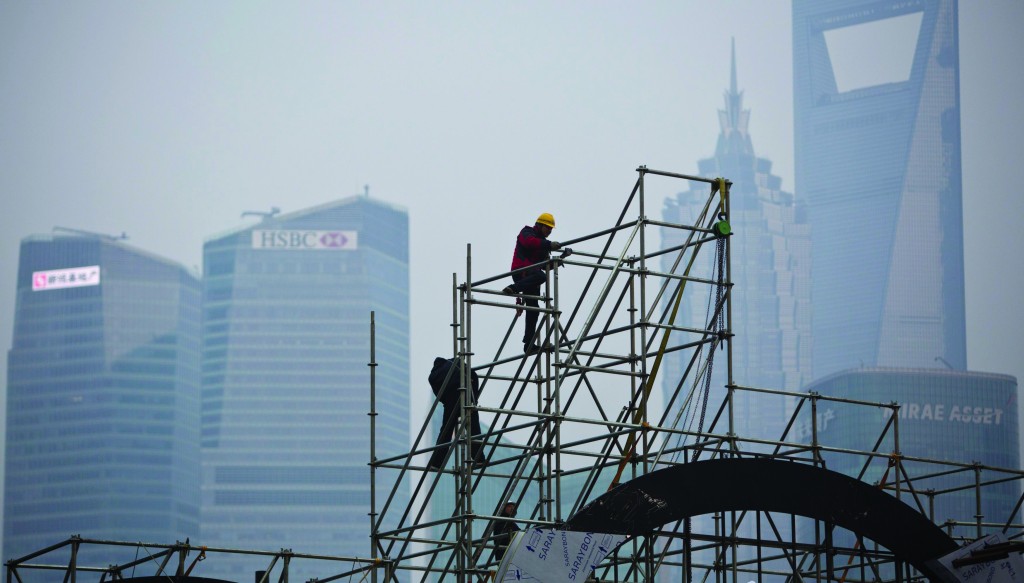 China plans to raise the retirement age for the first time since the 1950s, as policymakers confront the prospect of a shrinking work force that damps economic growth.

The age will rise gradually, Hu Xiaoyi, a vice minister of human resources and social security, said this month. China’s compulsory retirement ages, now 50 for most women and 60 for men, are likely in 2020 to be about five years higher than they are now, according to economists surveyed by Bloomberg News.

Delaying retirement may be a more effective tool in alleviating labor shortages and driving growth than the easing of the one-child policy announced last month as part of the broadest policy reforms since the 1990s. More than three decades of population control are thinning the ranks of available workers, adding to constraints on expansion as President Xi Jinping’s government seeks to rein in debt-fueled investment.

“I would think that a lot of people would want to voluntarily work longer if the policies are right,” said Chang Jian, China economist at Barclays Plc in Hong Kong, who formerly worked at the World Bank.

For women in white-collar jobs, the retirement age is 55, and there are other exceptions such as for heavy labor.

The working-age labor force in China declined by 3.45 million people last year, according to the government. The United Nations has forecast a drop of about 24 million in the population age 15 to 59 from 2015 to 2025, while people age 65 and older will increase by about 66 million.

Scarcity is helping push up labor costs, driving companies such as Samsung Electronics Co. to relocate production to countries including Vietnam.

Yu Yongding, a former adviser to the central bank, said a higher retirement age won’t change China’s demographic structure and trends. At the same time, “it’s definitely helpful for China’s labor supply, and therefore good for economic growth in the long run,” Yu, a senior researcher at the Chinese Academy of Social Sciences, said in an interview in Beijing.

Fourteen Chinese provinces faced a combined pension shortfall of 76.7 billion yuan ($12.6 billion) in 2011, according to a report by CASS, a state researcher, the official Xinhua News Agency reported in October.

“A delayed retirement age, despite its unpopularity, is helpful for China’s economic growth and development” by allowing people to work longer and making more efficient use of labor, said Li Xiaoping, a Beijing-based researcher with CASS’s Institute of Population and Labor Economics.

Wang Yuanlong, a 42-year-old taxicab driver in Beijing, said that if the retirement age is raised to 65, “I don’t think it’s worthwhile to make my pension contributions.”

Avoiding deeper declines in the labor force may help support economic growth that analysts forecast will slow. Expansion will decelerate to 7.4 percent in 2014 and 7.2 percent in 2015, according to median estimates of economists in a separate Bloomberg News survey this month.

China is also trying to sustain growth by encouraging some of the 600 million-plus rural residents to relocate to cities and better integrating the 260 million migrant workers who live in urban areas without getting full access to schools and other municipal benefits.

China isn’t the only nation grappling with the issue. The U.K. plans to raise the pension age to 66 from 65 by 2020 and may raise it to 68 by the mid-2030s. Australia’s pension age is scheduled to rise to 67 from 65 by 2023, and the government may need to increase it later to 70, the nation’s Productivity Commission said in a research paper last month.

National average life expectancy in China was 72 for men and 77 for women in 2010, according to government data. The highest was 82 for women in Beijing and Shanghai.

“The age of 50 or 60 is no longer regarded as old,” Yang Yansui, director of Tsinghua University’s Research Center of Employment and Social Security, said in Beijing. “The pension system just can’t be sustained if the pension access age is not extended.”