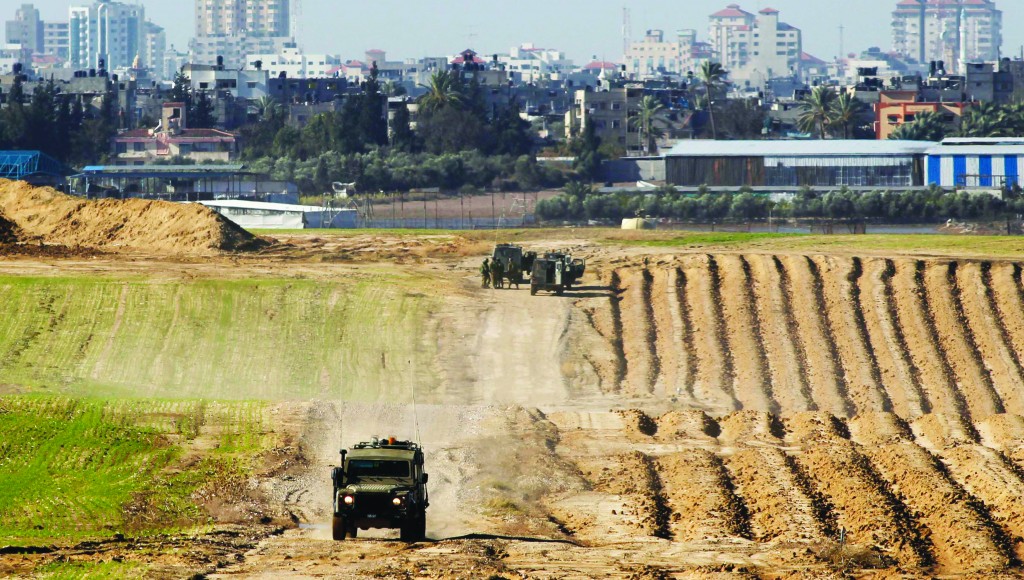 A sniper positioned across the border from Israel in the Gaza Strip shot and killed a civilian employee of the Israeli Defense Ministry on Tuesday.

The IDF retaliated in the air and on the ground Tuesday afternoon, using planes and tanks against six targets in Gaza, including a site for manufacturing weapons, and terrorism infrastructure sites in southern and central Gaza, a military spokesman said.

The Israeli victim was identified as Salah Shukri Abu Latyef, 22, from Rahat. Army sources said he was airlifted to Soroka Medical Center in Beersheva where he later died of his wounds. Latyef was a tractor driver carrying out work on the Gaza border fence. He was the first such casualty since the end of Operation Pillar of Defense in 2012.

“This was his first day working on the Gaza Strip border and unfortunately it was also his last day of life,” Latyef’s cousin said.

Two Palestinians were killed in the IDF strikes on Gaza, according to Palestinian news agency Ma’an.

“We identified an accurate strike of the targets. All of our planes returned to their bases safely,” the IDF Spokesman said.

In a separate incident, a Palestinian youth who approached the fence on the border with northern Gaza entered the closed security zone, and was shot in the leg by soldiers after ignoring orders to vacate the area. He was evacuated to a Gazan hospital by the Red Crescent.

In response to the current surge in terrorist attacks, the U.S. embassy in Tel Aviv and consulate in Yerushalayim on Tuesday banned all employees and their families from riding shared taxis (sherut).

The ban on the shared taxis was circulated in an “Emergency Message for U.S. Citizens” that appeared on both the embassy and consulate’s web sites as a “temporary prohibition” for the next two weeks “as we assess the security implication of the December 22 bomb attack on a public bus in the Bat Yam neighborhood of Tel Aviv.”

This ban is in addition to the longstanding prohibition for U.S. embassy personnel and their families to use “public buses and their associated terminals and bus stops in Israel.”