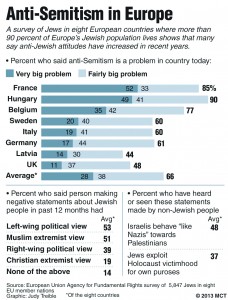 Enver Simsek was just pulling the pieces of his roadside flower stall out of his white van when the first rounds from the Ceska 83 pistol hit him.

It was Sept. 9, 2000, and the 38-year-old Turkish immigrant had been setting up shop on the forested southeastern edge of Nuremberg, Germany. His murder was just a one-minute drive from the Palace of Justice, the site of the famed Nuremberg Trials that saw 12 Nazi officials sentenced to death, found guilty of crimes against humanity during World War II.

If instead of setting up shop that day Simsek had made the drive to the palace, his route would have passed near the old Nazi Party rally ground, made infamous by Nazi propagandist Leni Riefenstahl’s “Triumph of the Will.”

That same drive also would have passed near tiny Gyulaer Strasse, the central Nuremberg address of Abdurrahim Ozudogru’s tailor shop. Nine months after Simsek was gunned down, Ozudogru, 49 and also with a Turkish background, was killed in that tailor shop, taking two bullets to the head from what police determined was the same pistol used to shoot Simsek.

And while those two murders, linked by a single weapon in what had been the spiritual center of Nazi Germany, were horrific, what followed most deeply concerned human rights and anti-hate workers in Germany.

Court records note that soon after those first murders, an immigrant merchant in Hamburg was killed, then one in Munich, another in Rostock, and it continued until April 2007, when German policewoman Michele Kiesewetter was shot to death during her lunch break. In all, a total of 10 people, all except the officer with immigrant backgrounds, all hit by bullets from the same weapon, and yet police hadn’t made any connection to the notion of a racism-based agenda behind the murders.

“The numbers involved in the violent extreme right, neo-Nazi, are minuscule, but they do exist,” said Deidre Berger, director of the American Jewish Council in central Berlin. “But the fact that the connections in these crimes went undiscovered for so long, that in each case different police in different locations were so willing to blame the victims for having some hand in their own deaths, says something very troubling about Europe today.”

The murders were hardly alone. There are increasing concerns across Europe that what was once considered far-right and racist is moving toward mainstream political thought. Anti-immigration agendas have led to increased worry from immigrant communities across the European Union. In recent weeks, a new study has shown that, at the same time, concerns among Jews of a resurgence of anti-Semitism are strong and growing.

There may be no better reason for such fears than the German crime spree. For years, despite public protests by immigrants and advocates calling for deeper investigations, the killings were officially dismissed as the sort of things immigrants do: They were drug deals gone bad, or honor killings or domestic disputes. Police now admit, however, that the incidents were part of a right-wing criminal organization, murdering to protest the presence of immigrants in Germany, and funding itself through a series of bank robberies.

But that realization didn’t come until Nov. 4, 2011, when two members of the so-called Zwickau Cell of the National Socialist Underground attempted their 14th bank robbery. Court records show that they got away with 70,000 euro, but they were spotted in an RV by police in Eisenach, Germany. Uwe Mundlos, 38, and Uwe Boehnhardt, 34, who both had known neo-Nazi affiliations stretching back decades, killed themselves after a shootout with police.

The third member of that cell, Beate Zschaepe, 38, allegedly blew up their Zwickau hideout before being arrested. Zschaepe is now the focus of a criminal trial that is looking at both the alleged crimes and plans of the far right in Germany during the past decades.

The trial in Munich began in May and is expected to continue throughout 2014 (court days are scheduled as late as December 2014). Thus far, the case has focused on the network of support the cell relied upon, from the mother of one defendant to those who allegedly supplied money and the murder weapon.

The fallout since the capture of Zschaepe has been significant. The German Interior Ministry has reviewed 3,300 unsolved murders since 1990 in Germany and determined that in addition to the 60 racially based killings they’d previously reported, there could be far-right involvement in an additional 746 cases representing 849 victims.

Berger said she’d been cautioned that many of the 746 cases now being re-examined would be unlikely to actually have far-right connections. Still, she added that most anti-hate groups believe there have been more than 200 such murders.

“The rhetoric of the far right hasn’t been as focused recently on Jews as on Muslims,” she said. “But we know very well that anti-Semitism is a fundamental part of the makeup of the far right. It just needs an excuse to come out.”

Muhammad Sameer Murtaza, who works with the Global Ethic Foundation at the University of Tubingen, said few who study the reality of modern German or European society are surprised to find that race-based crimes have been dismissed. Immigrants know that there are other groups similar to the National Socialist Underground that operate under police radar.

“The NSU is the peak, but only the peak, of the problem,” Murtaza said. “As with the iceberg, most of what we should worry about is under the water. The fact is we don’t know how many crimes against Muslims in Germany have been committed because the victim is Muslim. Germans haven’t really cared about such motives.”

Murtaza says tales of subtle, or even overt, anti-Islam prejudice are common, even among Germany’s sizable Muslim professional class. He’s been told by police he’d been closely watched. And he said the problem is far from limited to Muslims.

A recent study by the European Union Agency for Fundamental Rights indicated that in eight European Union nations, two-thirds of Jews consider anti-Semitism to be a “very big” or “fairly big” problem in their nation. In France that percentage increased to 85 percent, while in Hungary that number is 90 percent. As an example that such concerns exist outside the survey, this month, a Romanian national television station broadcast a Christmas carol including Holocaust-themed lyrics noting “only in the chimney as smoke, this is what the (Jew) is good for.”

Anti-terror expert Aron Kundnani, writing for The Hague-based International Center for Counter Terrorism, noted that European policy isn’t focused on dealing with such problems right now. Instead, the narrative being followed by law enforcement looks at far-right terrorism as a police matter, but the threat of Islamic terrorism as a constitutional threat.

“It remains unclear why the NSU was not intercepted earlier,” Kundnani wrote. “However, it appears that part of the problem was that efforts to counter right-wing violence rested with regional states, which did not consider it a priority, in contrast to initiatives to counter the threat of jihadist violence.”

Meaning that across Europe, Kundnani wrote, “it is suggested that, in some contexts, official rhetoric has played a role in encouraging far-right narratives and that, where there is an overlap with government discourse, the state’s ability to reduce the threat of far-right violence is inhibited.”

This article appeared in print on page 10 of the December 25th, 2013 edition of Hamodia.