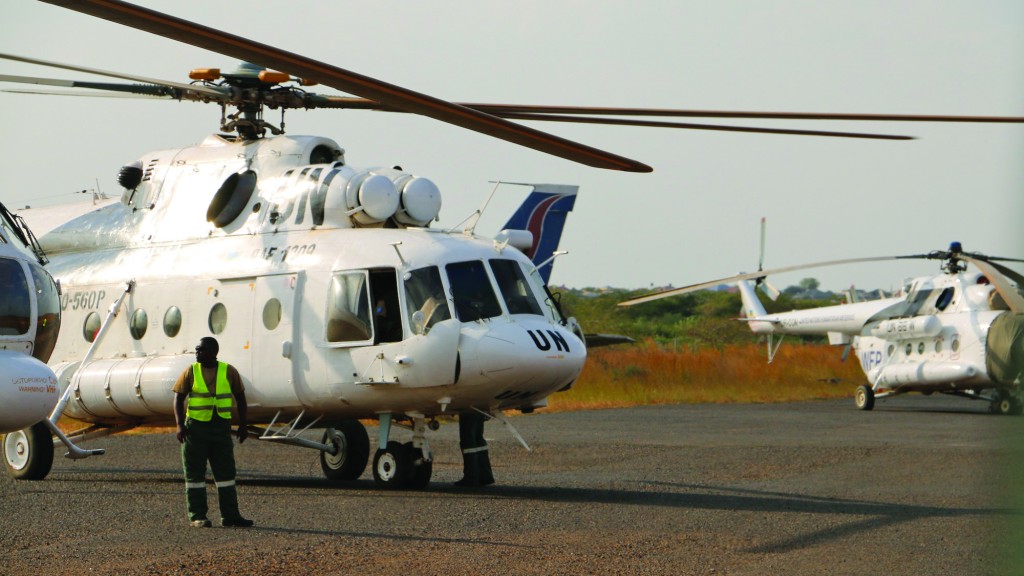 British, Canadian and Kenyan citizens are among 3,000 foreigners trapped in a South Sudan city experiencing bouts of heavy machine gun fire, one of the most violent areas of a weeklong conflict that has likely killed more than 1,000 people, a top U.N. official said Monday.

Australians, Ugandans and Ethiopians are also among 17,000 people seeking protection at a U.N. base in Bor, a city that could see increased violence in coming days, said Toby Lanzer, the U.N.’s humanitarian coordinator.

The death toll from a week of violence in South Sudan has likely surpassed 1,000 people, though there are no firm numbers available, he said. The number of internal refugees is probably more than 100,000, said Lanzer, who is seeking urgent financial assistance from the U.S., Britain and other European countries.

Ban proposed in a letter to the council obtained by The Associated Press that the troops be transferred from U.N. missions in Congo, Darfur, Abyei, Ivory Coast and Liberia, along with three attack helicopters, three utility helicopters and a C130 military transport plane.

France’s U.N. Ambassador Gerard Araud, the current council president, said he expects the council to vote Tuesday on a resolution authorizing the transfers.

Ban said the situation in South Sudan “is of mounting urgency,” with tens of thousands of people displaced and about 45,000 seeking protection at U.N. bases.

He said he was spending most of Monday urging regional leaders to increase military support and “political backing for efforts to defuse the crisis.”

In a message to the Sudanese people, the secretary-general said: “The United Nations will stay with you. We will do our utmost to protect you, to provide the humanitarian assistance you need, and most of all to help the country regain the path to peace.”

Bor is the city where rebel forces fired on three U.S. military aircraft on Saturday, forcing the Ospreys — advanced helicopter-airplane hybrids — to abort their evacuation mission. On Sunday, the U.S. evacuated Americans by civilian U.S. and U.N. helicopters.