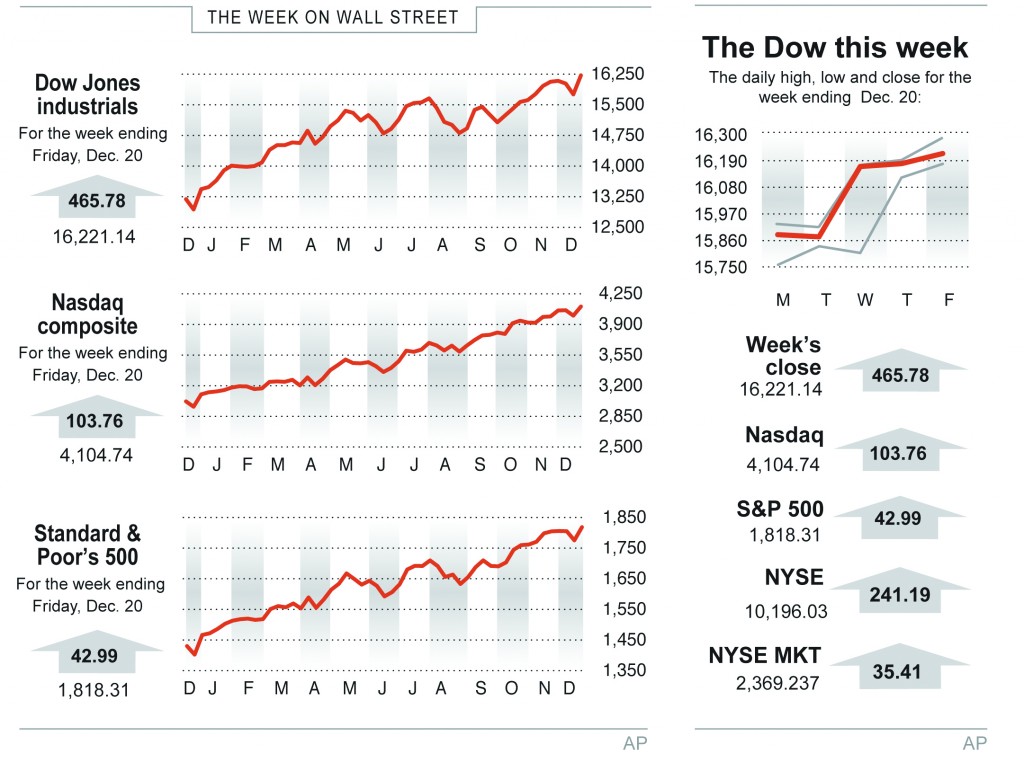 The report, which showed the U.S. economy grew at a healthy 4.1 percent annual pace between July and September, is the latest positive piece of economic data investors have gotten in recent weeks.

“It’s a fantastic signal that we’re getting robust growth and it looks like it might be accelerating,” said Jack Ablin, chief investment officer for BMO Private Bank in Chicago, which oversees $66 billion.

In a sign that investors have a strong appetite for risk, the Russell 2000 index, an index made up mostly of smaller, high-growth companies, closed up nearly 2 percent Friday to 1,146.47.

The bulk of this week’s gains came Wednesday, after the Federal Reserve announced it was going to pull back on its economic stimulus program. The Fed said it would reduce its bond-buying program to $75 billion a month from $85 billion a month.

“They had to get out of the way,” said Quincy Krosby, market strategist with Prudential Financial. “The more the market obsessed about when the Fed was going to pull back, the more the market couldn’t focus on anything else, like the improving economy.”

Friday’s gross domestic product estimate was the latest report to show unexpected strength in the U.S. economy. The 4.1 percent annualized growth rate is the fastest since 2011. More importantly, most of the increase came from consumer spending, a key part of the U.S. economy.