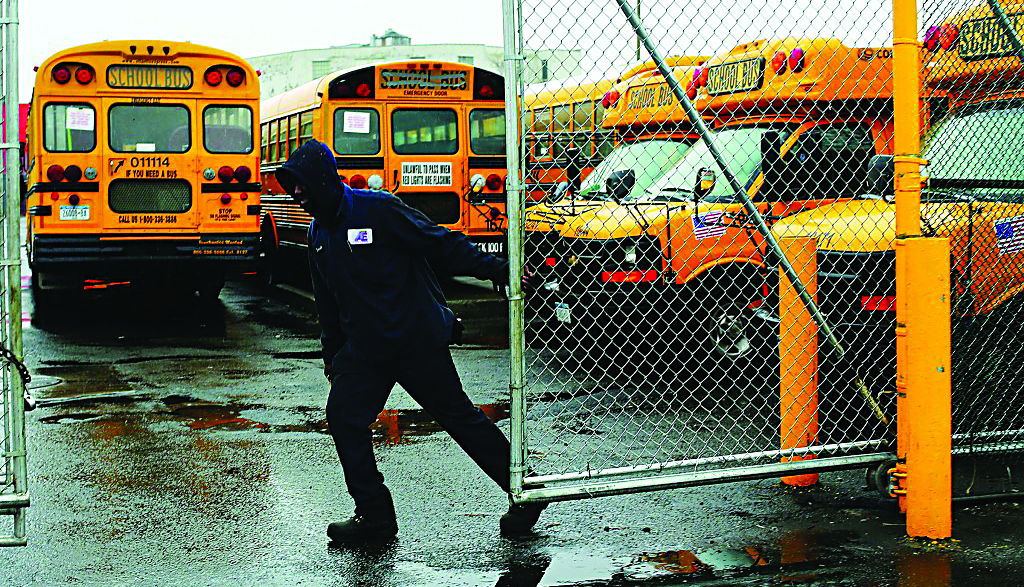 Yeshivos and other city schools are scrambling to find transportation for their students as New York’s largest bus company prepares to wind down operations by the end of the year.

Atlantic Express Transportation uses 1,600 routes to ferry about 40,000 children to school each day, about 25 percent of the city’s school bus service. A declared bankruptcy in November forces them to cease operations on Dec. 31.

One yeshivah contacted by Hamodia which relies on Atlantic said that the closure affects them much less due to the state transportation bill which passed last year, which allows yeshivos to hire private companies to take home late-homecoming talmidim.

The law, which was sponsored by state Sen. Simcha Felder and Assemblywoman Helene Weinstein, both Brooklyn Democrats, carry automatic reimbursements for contracts.

For preschool children, who are not eligible for the reimbursement, the yeshivah plans to hire private companies and use it toward the six days a year the city reimburses, such as for legal holidays.

The Education Department on Tuesday sent a letter to parents of children who ride with Atlantic Express, assuring them that they were working on a plan for Jan 2.

“We are working hard to make sure that there will be alternate transportation for your child,” said the letter, according to the Daily News.

The city has so far set up two possibilities. They will either arrange new contracts with different bus companies or give students special MetroCards. For special-needs children, an option will exist for parents to use private transportation and bill the city for reimbursement.

The office of Mayor-elect Bill de Blasio, who takes office on Jan. 1, a day before Atlantic closes, said he was working to find a solution to the children affected.

“The mayor-elect’s team has been made aware of this issue and will work to find a solution that does not put unnecessary burdens on parents and their children,” said spokeswoman Lis Smith.

The union representing the bus drivers was quick to cast blame on the city administration for the shutdown.

However, state Sen. Simcha Felder, a Brooklyn Democrat who chairs a Senate subcommittee devoted to New York City education, slammed the union for injecting “petty politics” into the issues.

“Last year, over a million school children were held hostage by the union’s strike,” Felder said in a statement. “We cannot allow petty politics to adversely affect the safety and stability of our children.”

Felder added that he was working on the issue with Dov Hikind at the state Assembly and Councilman David Greenfield on the city level — all of whom represent Boro Park and Flatbush.

“After last year’s crippling strike, we cannot afford to go through a situation again where our children lose their school bus service,” Greenfield said in the joint statement. “The city must take all of the necessary steps before school resumes after the [vacation] to ensure that no child has their education disrupted as a result of a bus company’s financial problems.”