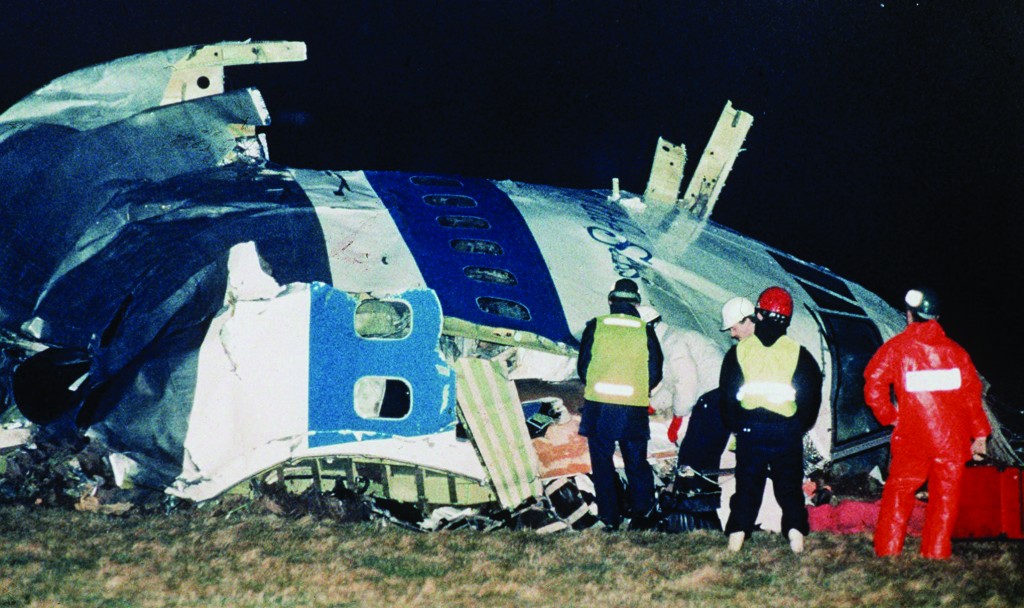 Families of some of the 270 people who died in an airliner bombing 25 years ago gathered for memorial services Saturday in the United States and Britain, honoring victims of a terror attack that killed dozens of American college students and created instant havoc in the Scottish town where wreckage of the plane rained down.

Bagpipes played and wreaths were laid in the Scottish town of Lockerbie and mourners gathered for a moment of silence at London’s Westminster Abbey, while U.S. Attorney General Eric Holder told victims’ relatives at Arlington National Cemetery that they should take comfort in their unity even if time cannot erase their loss.

“We keep calling for change, and fighting for justice, on behalf of those no longer with us. We rededicate ourselves — and our nation — to the qualities that defined the men and women that we lost,” Holder said.

The events marked the 25th anniversary of the explosion of Pan Am 103, a New York-bound flight that exploded over Lockerbie less than an hour after takeoff from London on Dec. 21, 1988. Many of the victims were American students, including 35 from Syracuse University.

The attack, triggered with a bomb packed into a suitcase, killed 259 people aboard the plane and 11 others on the ground.

Former FBI director Robert Mueller said he would never forget the haunting sight of the victims’ personal belongings at a warehouse in Lockerbie when investigated the case as a Justice Department prosecutor.

In Scotland, officials including Scottish leader Alex Salmond and relatives of victims gathered at Lockerbie’s Dryfesdale Cemetery on Saturday.

Former Libyan intelligence official Abdel Baset al-Megrahi  was convicted of the bombing, and a second Libyan suspect was acquitted. Al-Megrahi was given a life sentence, but Scottish authorities released him on humanitarian grounds in 2009 when he was diagnosed with cancer. He died in Tripoli last year.