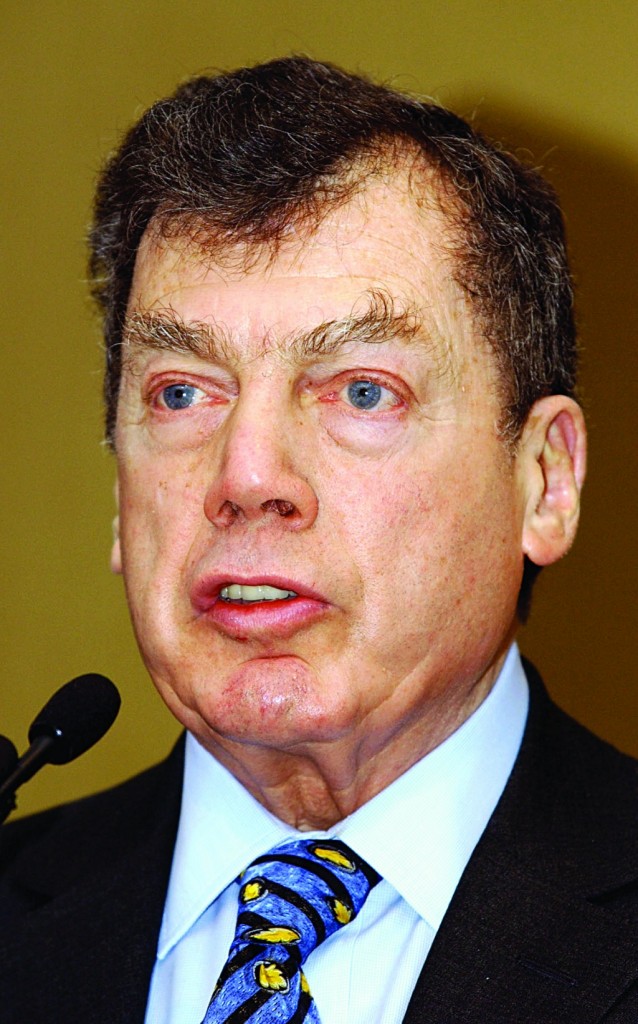 Edgar M. Bronfman Sr., the billionaire businessman and longtime president of the World Jewish Congress, which lobbied the Soviets to allow Jews to emigrate and helped spearhead the search for hidden Nazi loot, died Saturday. He was 84.

The Canadian-born Bronfman made his fortune with his family’s Seagram’s liquor empire, taking over as chairman and CEO in 1971 and continuing the work of his father, Samuel. But his wealth, combined with a role in the World Jewish Congress, an umbrella group of Jewish organizations in some 80 countries that he led for more than a quarter century, allowed him to be a tireless advocate for his fellow Jews.

In 1999, President Bill Clinton awarded Bronfman the Presidential Medal of Freedom, the nation’s highest civilian honor. In the citation, Bronfman was heralded for working “to ensure basic rights for Jews around the world.”

In a 1986 profile, Bronfman said his position and money helped him have access to world leaders. “It’s a combination of the two,” he said. “In the end, it doesn’t really matter why that access is available, as long as it is there.”

The year before, he had become the first congress president to meet with Soviet officials in Moscow, bringing his case for human rights and taking a little time to promote Seagram’s interests. He visited again in 1988, by which time Jewish emigration from the Soviet Union, a key goal of the congress, had begun to rise under the reforming leadership of Mikhail Gorbachev.

During the 1980s, the congress also helped lead the effort to gain $11 billion in restitution for heirs of Holocaust victims from Swiss banks, who had ended up with much of the gold that belonged to Jews in Nazi-held countries.

In 1975, the Bronfman family made the news for a far different reason, when one of Edgar’s sons, 21-year-old Samuel, was abducted in Brooklyn. The family paid a $2.3 million ransom and Samuel was later found when authorities raided a Brooklyn apartment. The missing money was found under a bed and two men were arrested.