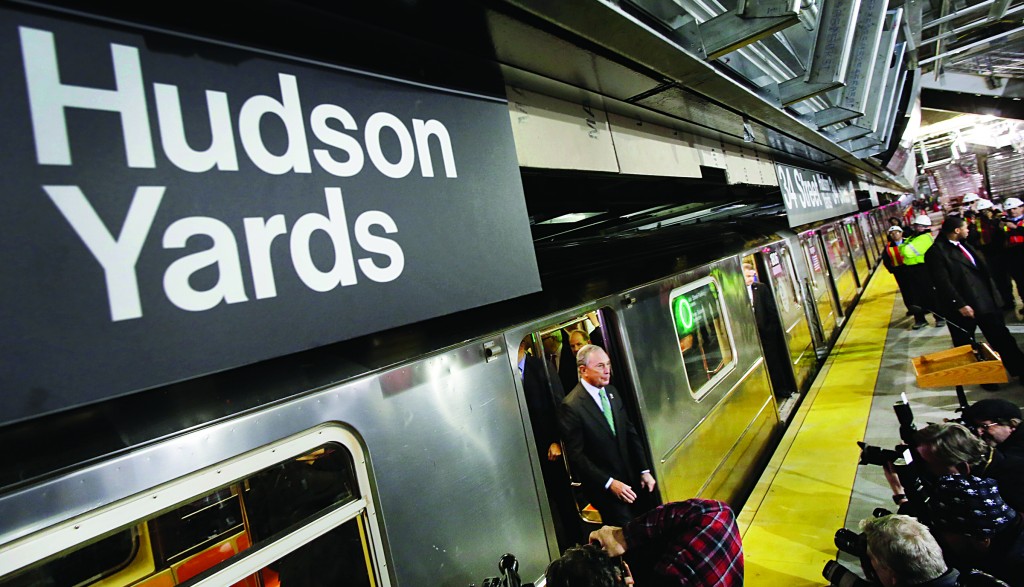 Now in his final days in office, Mayor Michael Bloomberg celebrated his administration’s work to redevelop Manhattan’s far west side by riding a train Friday to an unfinished subway stop that will soon allow people to get to a forest of skyscrapers under construction near the Hudson River.

The station, at 34th Street and 11th Avenue, isn’t scheduled to open to the public until next fall. But it is operational enough that Bloomberg was able to take a No. 7 train to the new platform from Times Square.

The extension cost $2.4 billion and adds just one extra stop to the No. 7 line, which originates in Queens, but Bloomberg said it will be well worth the hefty price tag.

“This is something we should all be proud of,” the mayor said after arriving on the platform. He noted that the two giant machines that carved the new tunnel had been named after his daughters.

“It’s going to be a great way for them to get to an exciting new part of Manhattan,” he said. 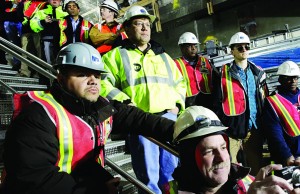 Originally, Bloomberg had hoped that the subway would lead to a sports stadium that would host the 2012 summer Olympics. That arena was never built and the games were awarded to London, but the mayor’s fallback vision for the site, dubbed Hudson Yards, is taking shape now.

About 14 million square feet of office buildings, apartment towers and hotels are planned in an area once dominated by a rail yard, blocks of industrial buildings and an isolated convention center. Close to 9,000 apartments are expected to be built in the next five years, and 40,000 to 50,000 people will ultimately work there.

Construction began in 2007 and will save visitors a half-mile walk from the next closest subway stop. Bloomberg said it was scheduled to be completed “basically on budget and on time.”