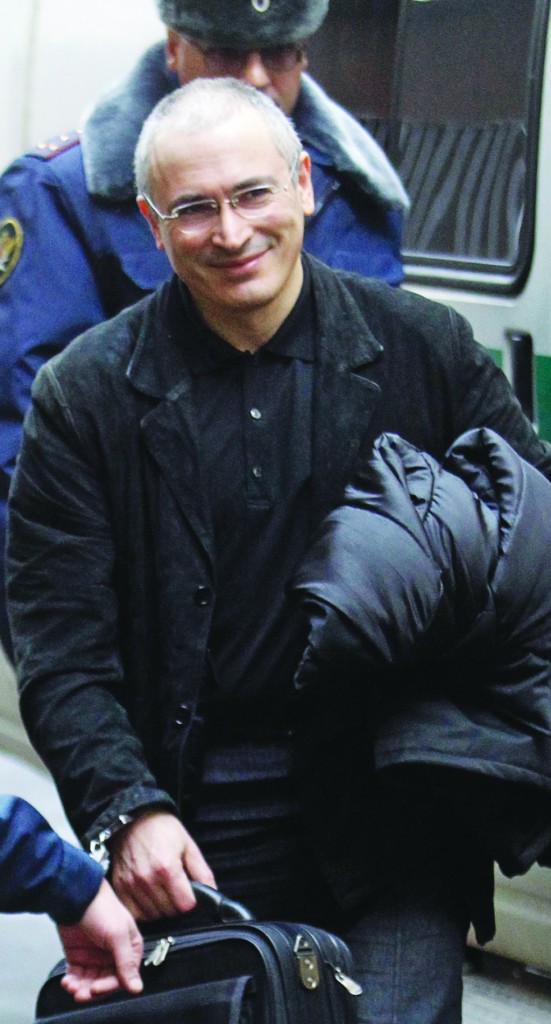 Russian President Vladimir Putin said Thursday that he will pardon Mikhail Khodorkovsky, the former tycoon and arch rival whose imprisonment was widely seen as politically motivated.

The Russian leader said Khodorkovsky had asked for clemency in a letter, and that he was planning to grant it within the next few days.

“His over 10 years of imprisonment is a serious punishment and he referred to humanitarian circumstances” in the letter, Putin said to reporters after his annual news conference in Moscow. “His mother is sick, and I think the decision can be taken and a decree pardoning him will be signed in the near future.”

The Russian General Prosecutor’s Office said early this month that investigators were preparing a new case against Khodorkovsky, who while in prison allegedly instructed his associates to use his money to change legislation in his favor.

Putin said at the news conference that he didn’t know the details of the new investigation: “I don’t understand what kind of case that can be. I heard something but I don’t see anything dangerous there.”

Khodorkovsky, the former head of the Yukos oil giant, was found guilty of fraud, money laundering and tax evasion and has been in prison since 2003. His sentence currently is set to run until late next year.

Khodorkovsky’s lawyer, Vadim Klyuvgant, said he didn’t know about his client’s request. “The president doesn’t need a written request from a convict to pardon him,” Klyuvgant said to radio station Echo of Moscow.