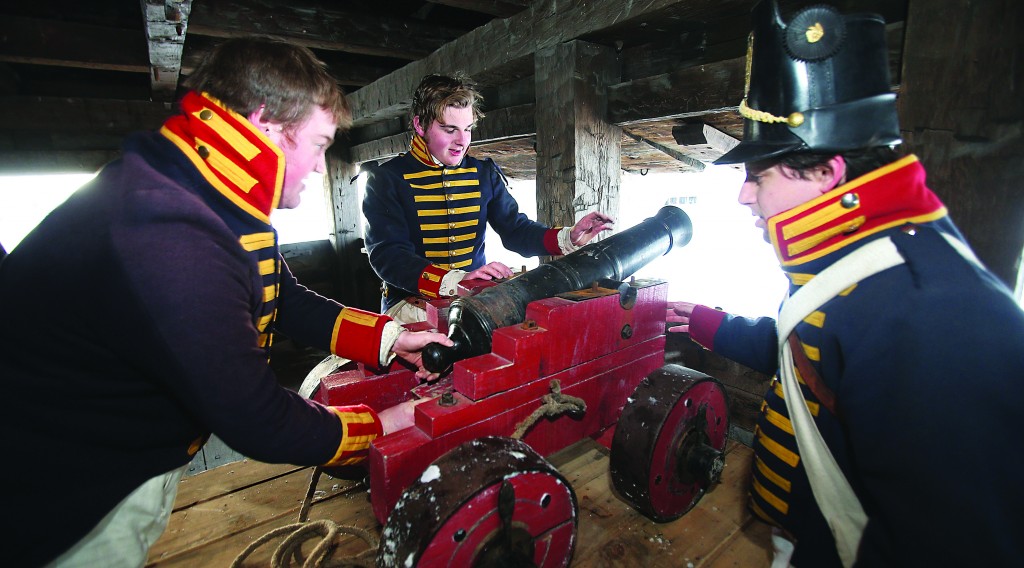 More than 150 re-enactors from the U.S. and Canada have restaged the bloody storming of a western New York fort two centuries ago during the War of 1812.

Robert Emerson, executive director of Old Fort Niagara in Youngstown, says military history buffs from Canada, Pennsylvania and Michigan were among the 180 re-enactors who gathered before dawn Thursday to recreate the surprise attack and capture of the fort pulled off by British troops on Dec. 19, 1813.

Emerson says the 150 re-enactors portraying the redcoats made a five-mile march along the Niagara River in freezing weather to reach the fort in time for the 5 a.m. attack. He says more than 100 spectators braved the chilly conditions to witness the event at the state historic site, located where the river empties in Lake Ontario.