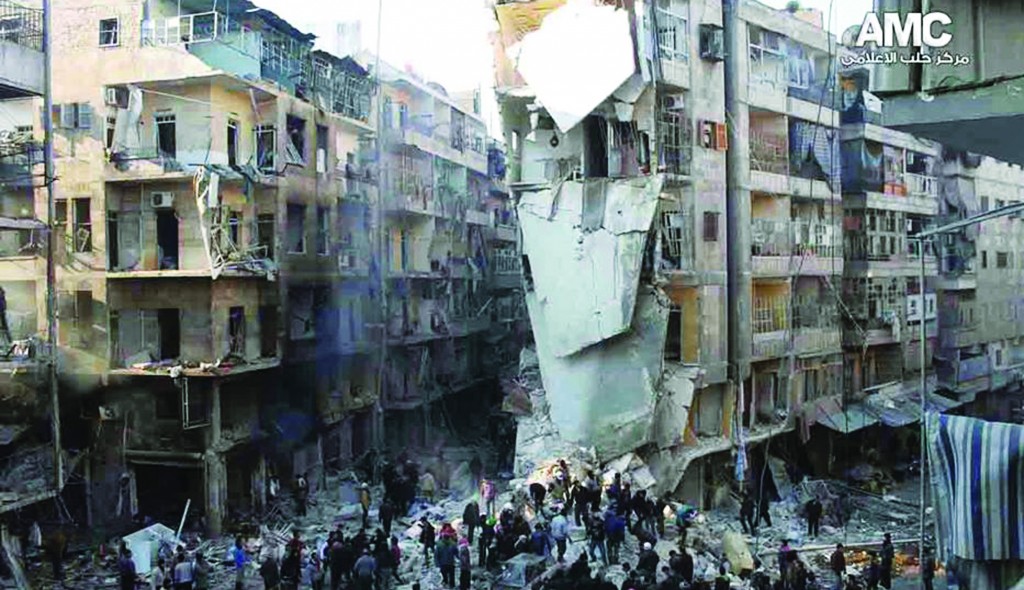 Rebels say the unusually intense airstrikes have prompted civilians to flee to the countryside and could portend a government ground offensive against the opposition-held half of the city, which has been divided for a year and half by grueling fighting.

The air campaign’s timing — five weeks ahead of an international peace conference — also suggests that Syrian President Bashar Assad could be trying to strengthen his position on the ground while exposing the opposition’s weaknesses before sitting down at the negotiating table.

The stakes are high in the battle for Aleppo, Syria’s largest city and a former commercial and industrial hub. For the government, wresting back control of the entire city would deal a devastating blow to the rebels’ morale and throw doubt on the opposition’s long-term hold on the vast territory in northern Syria that it has captured over the past two years.

Since it began on Sunday, the government air assault has hammered more than a dozen neighborhoods in the rebel-held areas of Aleppo. The campaign has killed at least 189 people and wounded 879, the aid organization Doctors Without Borders said in a statement Wednesday.

The airstrikes have overwhelmed Aleppo’s already strapped medical facilities, which are struggling to cope with the influx of casualties and are running out of drugs and medical supplies, Doctors Without Borders said.

The impact has been so devastating, in part, because of the government’s choice of weapon: helicopters that drop so-called barrel bombs containing hundreds of pounds (kilograms) of explosives and fuel, causing massive damage. Activists have dubbed the bombs “barrels of blood” because of their deadly effect.