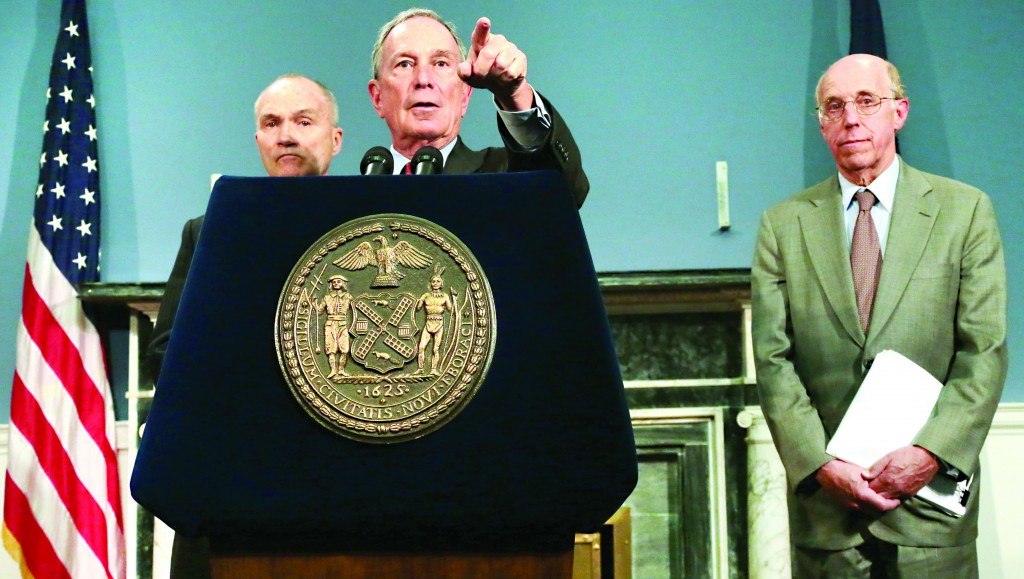 New York’s longest serving police commissioner is going into public speaking after he leaves the department at the end of the year.

Police Commissioner Ray Kelly said in a statement released by the Greater Talent Network on Monday that he was looking forward to “sharing the lessons I’ve learned leading the finest police force in the world as we met countless challenges every day.”

Kelly was police commissioner from 1992-1994, and has held the post since 2002 under Mayor Michael Bloomberg. Under his watch, crime has dropped to record lows, and the city avoided a terror attack.

But even as Kelly, a 72-year-old retired Marine colonel, enters the private sector, he will be protected by a contingent of 10 taxpayer-funded police officers.

Saying that Kelly remains a “high profile target,” the NYPD’s Intelligence Division recommended the bodyguards, which include a lieutenant, three sergeants and six detectives at an estimated cost of more than $1.5 million a year, DNAinfo reported.

The detail will require approval from Kelly’s successor, William Bratton, and City Hall. In six months, the NYPD will reassess Kelly’s security needs.

When Kelly left after his first stint as commissioner under Mayor David Dinkins in 1994, he kept one detective to escort him. After four months, the detective was restored to regular duties. But he says that post-9/11 New York is different than the 1990s.

Meanwhile, Mayor Michael Bloomberg will be taking all his 17 current bodyguards with him into the private sector — reportedly to avoid any tell-all memoirs. The billionaire mayor is planning to return to his media empire as editor of Bloomberg View.

In other news from the City Hall departure lounge, the city’s longest-serving chief lawyer in modern times is returning to his former law firm after 12 years.

Michael Cardozo will rejoin Proskauer, where he worked from 1967 until 2002. Cardozo led the administration’s legal strategy on matters ranging from calorie counts on menus to the stop-question-and-frisk police tactic.

In 2009, the city Law Department said Cardozo passed a more than seven-year tenure record set in 1882. Before the city created the job in its current form, a legal officer served as what was then called the city recorder for about 12 years in the 17th century.