Israel Misery and Anger in Aftermath of Yerushalayim Storm
Israel 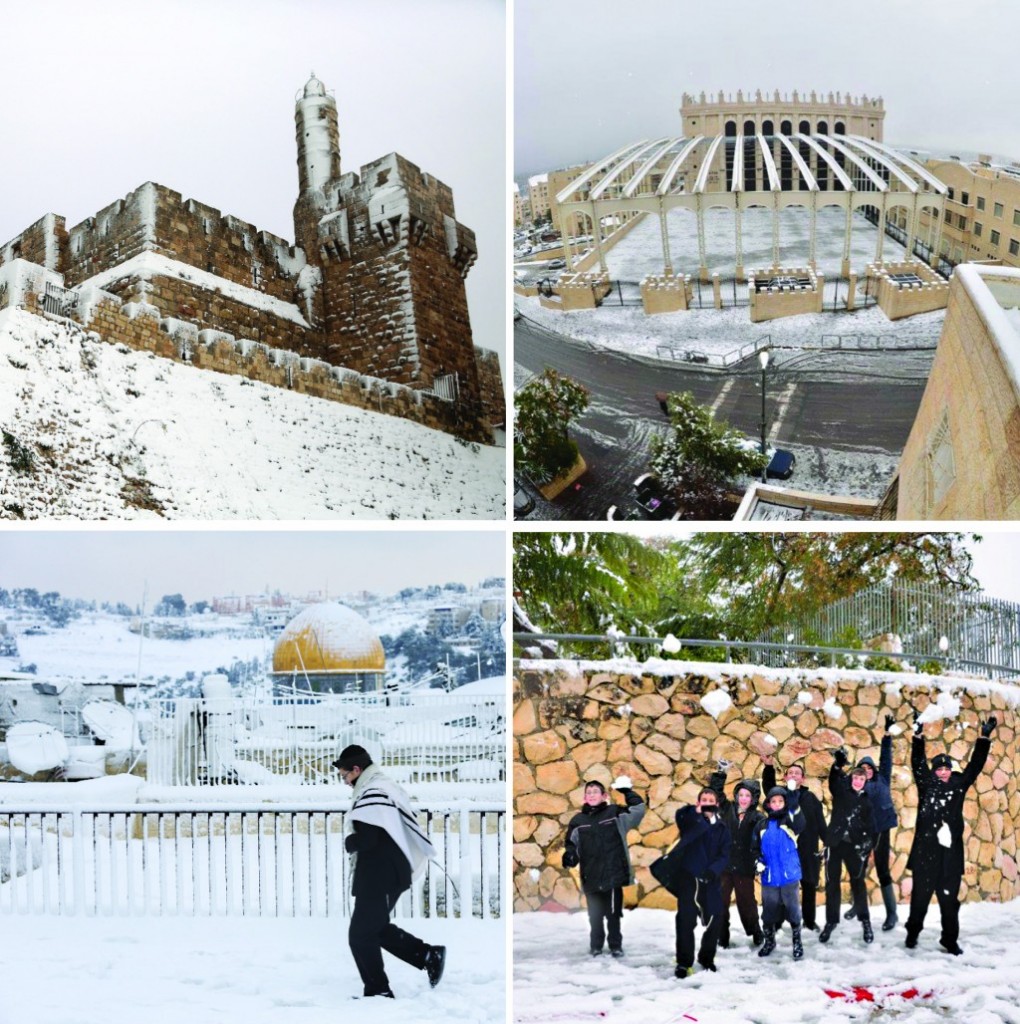 Three days after the snow stopped falling on Yerushalayim, residents and visitors expressed their outrage over what was widely perceived as a colossal failure by the municipality to clear the city’s main arteries of snow and the local electric company to restore electricity to the tens of thousands who were left in the dark and the cold for days.

“This nightmare was difficult enough, but the cynical attitude and gross incompetence of the local officials and the electric company made things much worse,” Dov Freund told Hamodia on Tuesday. “Those sitting in the offices were totally out of sync with the people in the field,” he added.

One repeatedly asked question on the streets of Yerushalayim has been, “Where is the salt?” In scenes reminiscent of a third-world country, major connecting highways are still considered too dangerous to drive on, simply because they haven’t been salted.

“I feel like we are back in the time of the Ottoman Empire,” Shmuel Goldstein said angrily. “This storm was predicted by the meteorologists. But even if the government wasn’t prepared for such a large snowfall, how many days does it take for the city to obtain some salt? Major roads still haven’t been touched by a single piece of machinery.”

Rachel Brinner from England landed at Ben Gurion Airport on Monday morning for a short visit with relatives in Yerushalayim.

After collecting her luggage and clearing customs, she approached the information desk to inquire whether there were any weather-related difficulties in getting  to Yerushalayim.

“There are no problems,” she was cheerfully assured.

Leaving the airport building, she walked over to the taxi stand. She was astounded to be told by the dispatcher that “No one is traveling to Yerushalayim now; Road Number 1 is closed.”

“How am I to get to Yerushalayim?” Mrs. Binner asked.

“It isn’t my job to answer questions,” was the brusque reply. “Ask the information desk inside.”

An increasingly frustrated Mrs. Binner walked over to the alternative Sherut taxi service, in which a number of passengers share a minivan for what is usually door-to-door service.

This service was operating —via Road #443 — but was dropping off passengers only at major intersections.

With no alternative, Mrs. Brinner named her general destination and was directed to a minivan with other passengers headed for her general area.

“The first 45 minutes were uneventful,” Mrs. Brinner recalls, “until we neared the entrance to Ramot — where we discovered that the police had closed the roads because of slippery conditions.  Apparently no one had heard of salt …

“We were stranded on Road #443 for more than three hours. I was afraid that the driver was going to lose his mind. He had already made this treacherous trip in reverse, from Yerushalayim to Ben Gurion, earlier that day and it was testing the limits of his endurance.

“When we finally got to the next intersection, the driver was told by a policewoman to make a u-turn, as the connecting roads were also closed.

“The driver finally lost it. He got out of the vehicle and began to yell, until the policewoman relented and allowed our taxi to enter the road. We followed the police officers on the icy road until about a mile from my relatives’ home, where I was dropped off. It was impossible for the taxi to go any further; all the side streets were blocked by snow and ice.

“Exhausted, I began to shlep my suitcases through the snow. Fortunately two chassidishe bachurim offered to assist me with my luggage. When I finally arrived at my destination it was some five hours after I had set out…”

But the saga didn’t end at the door of her relatives’ home.

“Chilled to the bone, I knocked on the door — to discover that my relatives had no electricity, no heat, and no hot water.”

After a black and freezing night and another full day without light, heat or warm water, electricity was finally restored to this home late Tuesday.

Mrs. Brinner’s story is only one of countless such tales, and many hundreds of families were still shivering in the cold and darkness on Tuesday night as they waited for the lights to go back on.