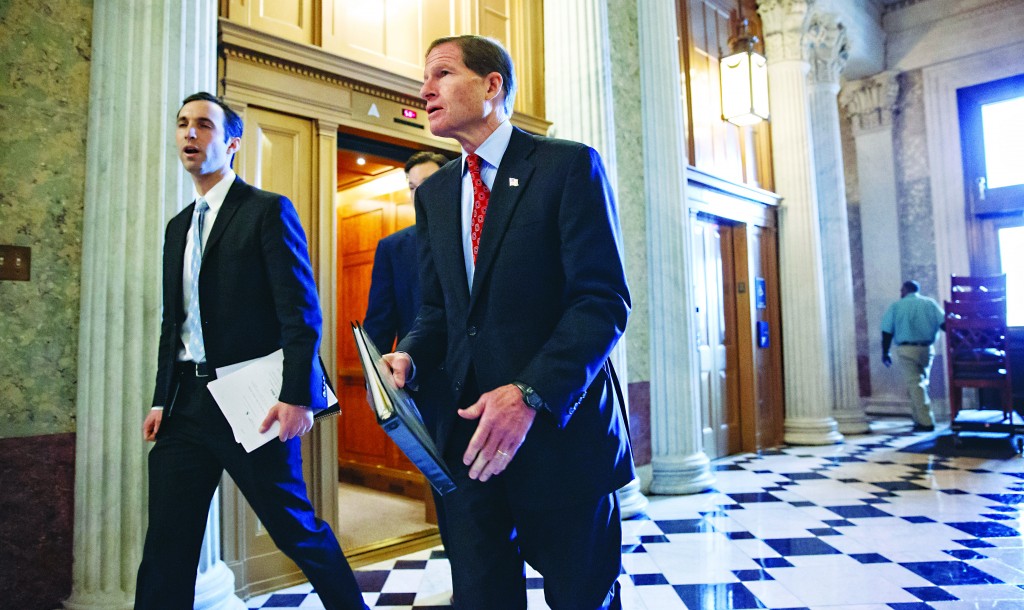 Congress sent President Obama legislation Wednesday scaling back across-the-board cuts on programs ranging from the Pentagon to the national park system, adding a late dusting of bipartisanship to a year more likely to be remembered for a partial government shutdown and near-perpetual gridlock.

Obama’s signature was assured on the measure, which lawmakers in both parties and at opposite ends of the Capitol said they hoped would curb budget brinkmanship and prevent more shutdowns in the near future.

The legislation passed the Democratic-controlled Senate on a vote of 64-36, six days after clearing the Republican-run House by a similarly bipartisan margin of 332-94.

The product of intensive year-end talks, the measure met the short-term political needs of Republicans, Democrats and the White House. As a result, there was no suspense about the outcome of the vote in the Senate – only about fallout in the 2014 elections and, more immediately, its impact on future congressional disputes over spending and the nation’s debt limit.

The measure, negotiated by Sen. Patty Murray (D-Wash.), and Rep. Paul Ryan (R-Wis.), averts $63 billion in across-the-board spending cuts that were themselves the result of an earlier inability of lawmakers and the White House to agree on a sweeping deficit reduction plan. That represents about one-third of the cuts originally ticketed for the 2014 and 2015 budget years and known in Washington as sequestration.

Democrats expressed satisfaction that money would be restored for programs like Head Start and education, and lawmakers in both parties and the White House cheered the cancellation of future cuts at the Pentagon. 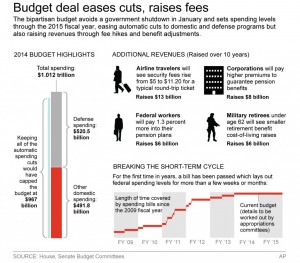 To offset the added spending, the legislation provides about $85 billion in savings from elsewhere in the budget. Included are increases in the airline ticket tax that helps pay for security at airports and a fee corporations pay to have pensions guaranteed by the government. Most controversial by far was a provision to curtail annual cost of living increases in benefits that go to military retirees under age 62, a savings of $6.3 billion over a decade for the government.

Tea party organizations lined up to oppose the legislation, arguing that it would raise spending. Deficits are projected to rise slightly for three years because of the bill. Three potential GOP presidential contenders, Sens. Marco Rubio of Florida, Rand Paul of Kentucky and Ted Cruz of Texas, all opposed the bill.

So, too, did the party’s top leaders, Sen. Mitch McConnell of Kentucky and John Cornyn of Texas, and several members of the rank and file who face primary challenges from the right next year.

Even so, the leadership’s opposition did not extend to an effort to derail the bill, which advanced over a critical procedural obstacle on Tuesday with the support of a dozen Republican senators. In the final vote on Wednesday, all 53 Democrats, two independents and nine Republican voted for the bill.

Defeating the measure would have required a fresh round of negotiations with the House, with no guarantee that a partial shutdown could be avoided when current government funding expires on Jan. 15.