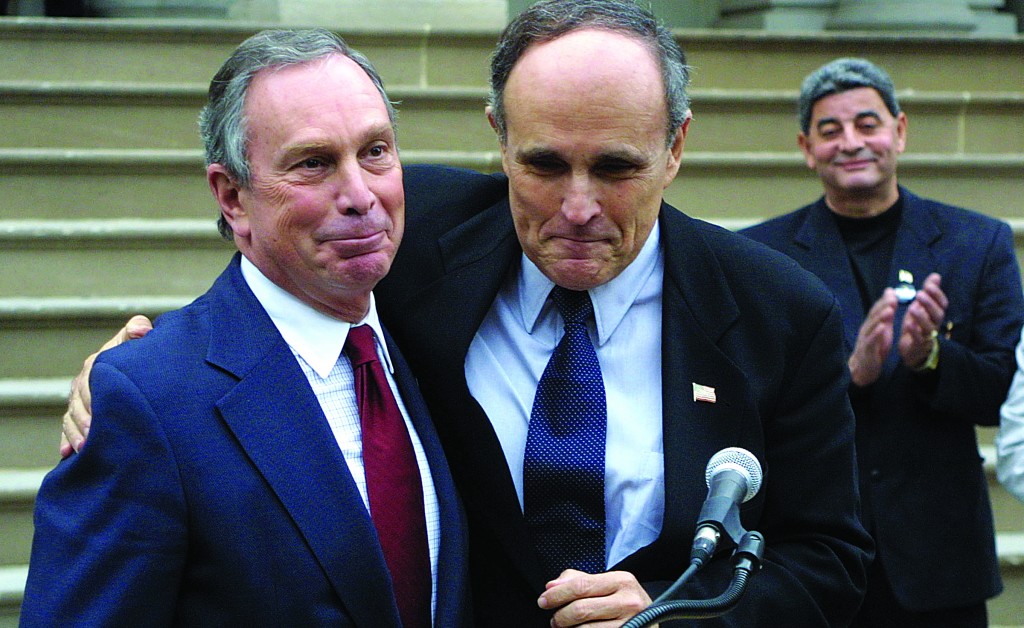 When Michael Bloomberg took the oath as mayor nearly a dozen years ago, he was a political neophyte faced with a city still smoldering from a terrorist attack that crippled its economy, wounded its psyche and left a ragged scar across lower Manhattan.

Bloomberg is now poised to leave office Dec. 31 having dramatically reshaped the city, from its government to its skyline. He steered it through a series of crises, both natural and man-made, and his innovative public health policies appear to have added years to residents’ lives. The city has never been safer or cleaner, a teeming metropolis transformed into a must-see attraction for more than 50 million tourists a year.

But Bloomberg’s approach to governing as the billionaire businessman he is, employing hard data and the free market to drive much of the city’s renaissance, sometimes left him without an ability to connect with those who felt left behind. Income inequality grew during his years. The number of homeless has soared. And some ethnic and religious minorities complain that a steep drop in crime has come at the expense of their civil liberties.

As Bloomberg’s three terms trickle down to their final days, he leaves as a singular figure with an unquestioned impact but as one whose legacy is still being debated. Polls show his policies are far more popular than the man.

“He is a public-spirited and visionary man of great wealth who took advantage of the failure of politics as usual to deal with extraordinary circumstances,” said Kenneth Sherrill, a retired political science professor at Hunter College. “He largely succeeded doing what he pleased and he didn’t care what you thought of it.”

Despite that power, it was improbable that Bloomberg became mayor at all.

He made his fortune — now estimated at $31 billion — from the global financial data and media company that bears his name and had switched his political party from Democrat to Republican to run for mayor. He was down more than 15 percentage points in the polls on the morning of Sept. 11, 2001.

Lame duck Mayor Rudolph Giuliani’s popularity soared after the terror attacks, and his endorsement of Bloomberg, combined with panic among voters about the city’s safety and fiscal future, propelled the businessman to a narrow win.

He took immediate action to stabilize the city’s economy, including raising taxes, which sent his popularity tumbling. The economy stabilized and a tone was set for Bloomberg going forward, a former adviser said.

“He believed you get the data, and you do what you believe is right,” said Bill Cunningham, the mayor’s former communications director. “It was really like an experiment. Will people like someone who does what they believe in and not based on polls?”

Though diminutive in stature, Bloomberg thought big. The same ambition and innovation that fueled his business was applied to the public sector, and no idea was deemed too bold to try.

Smoking was banned in all bars and restaurants, the first in a series of health innovations that helped change policies nationwide. A hotline, 311, was created to provide real-time information to residents. He wrested control of the city’s school system, placing it under City Hall.

He gunned for the 2012 Olympics and, failing to land them, commissioned new billion-dollar stadiums for the local teams and returned professional sports to Brooklyn. Changes in the zoning laws and the falling crime rates sent gentrifiers scurrying into the far reaches of Queens and especially Brooklyn, breathing new life into formerly downtrodden neighborhoods but displacing some resentful longtime residents.

His public health plans, which banned trans fats and tried to do the same for large sodas, have been credited with helping to increase New Yorkers’ life expectancy by three years since 2002, though they drew criticism for creating a “nanny state.”

“He shouldn’t have been here 12 years,” said Zachery Miller, a cook from the Bronx. “He became a dictator. Who is he to tell me what I can drink?”

Cranes dotted the ever-expanding skyline, as one massive development project after another was built.

Though fiscally conservative, he was a social liberal and one of the leading forces behind New York state’s move to legalize immorality. And while not known as an eloquent speaker, he delivered a powerful speech on religious freedoms that defended the right of a mosque to be built near ground zero.

His own fortune was also a political game changer, as he used it — sometimes anonymously — to reward allies, silence foes and support needy institutions.

Projecting an air of competence and control, Bloomberg elevated the position of New York mayor further on the world stage, becoming a leader on immigration, climate change and especially gun control, a crusade he has vowed to continue.

Largely apolitical, Bloomberg stayed out of petty partisan fights until the recession of 2008 prompted him to push to overturn a rule that limited mayors to serve just two terms. He succeeded in overturning the law and then won narrowly at the ballot box in 2009, but his reputation with a large swath of the city never recovered.

His sometimes-angry defense of the police department’s stop-question-and-frisk tactic, which allows police to stop anyone deemed suspicious, has also hurt. Though crime has fallen to record lows and the city has avoided another terrorist attack, blacks and Hispanics say they have been unfairly targeted. Civil liberties groups also criticized a Muslim surveillance program.

The rising gap between the very rich and the very poor became a central theme of Bill de Blasio’s successful mayoral campaign, which was widely viewed as a repudiation of Bloomberg.

“He’s not a people person, and he’s not perceived as a regular New Yorker because of his wealth,” said Norman Siegel, a civil rights lawyer and frequent Bloomberg critic. “He’s arrogant and not compassionate. With him, it’s always, ‘We know what’s best for you.’”

Bloomberg fought with the unions, frequently griped at reporters and often displayed little patience for those with whom he disagreed. But he tried, at times, to connect with New Yorkers, sometimes riding the subway and speaking with grace at the funerals of fallen city workers.

The 71-year-old Bloomberg has said he will never again seek public office. He has vowed to not criticize de Blasio but made it clear he thinks the incoming mayor is inheriting a strong city.

“We still face great challenges and we always will,” Bloomberg said in a speech last week. “But I think it’s fair to say that we have never been better positioned to meet those challenges.”