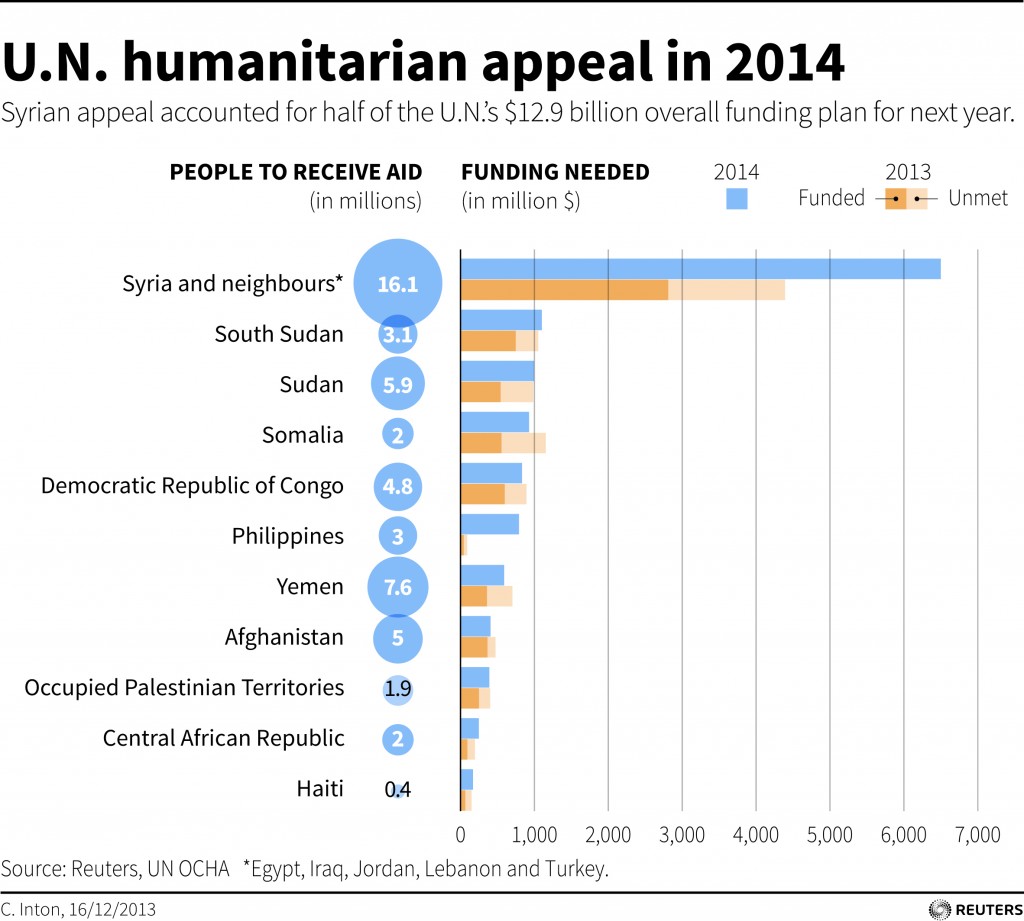 The exodus of millions of people from Syria in one of the largest refugee flights in decades is pushing neighboring countries to a breaking point, and thousands of lives are threatened with the onset of a bitter winter.

The crisis prompted a record appeal by the United Nations on Monday for $6.5 billion to help displaced Syrians and their host countries, with hundreds of thousands more refugees expected as the civil war rages.

With less than a month to go before internationally brokered peace talks by Syria’s warring sides are to begin, the U.N. chief demanded a cease-fire for the discussions to have any chance in succeeding.

“We must have cessation of hostilities before we begin political dialogue on Syria in Geneva,” Secretary General Ban Ki-moon told reporters in New York.

But if anything, the violence in Syria, which activists say has already claimed more than 120,000 lives, appears to be spiraling. Opposition groups said at least 76 people were killed in a series of airstrikes targeting the northern city of Aleppo on Sunday. They said government aircraft took to the skies again Monday, hitting opposition-held areas in the country’s north and south.

In Geneva, the U.N. appealed to donors for $6.5 billion to help support the nearly 9 million uprooted Syrians, the largest-ever appeal for a single crisis.

Antonio Guterres, the U.N. High Commissioner for Refugees, said the Syrian civil war has helped push the number of people worldwide who fled conflict in their homelands to more than 2 million this year alone — the highest since 1994, when people fled genocide in Rwanda and bloodshed in the former Yugoslavia.

He described the nearly three-year conflict in Syria as a “mega-crisis” with regional dimensions, one that is “probably the most dangerous for global peace and security since World War II.”

Lebanon has been particularly hard hit, because the government kept the borders open and no formal refugee camps have been established.