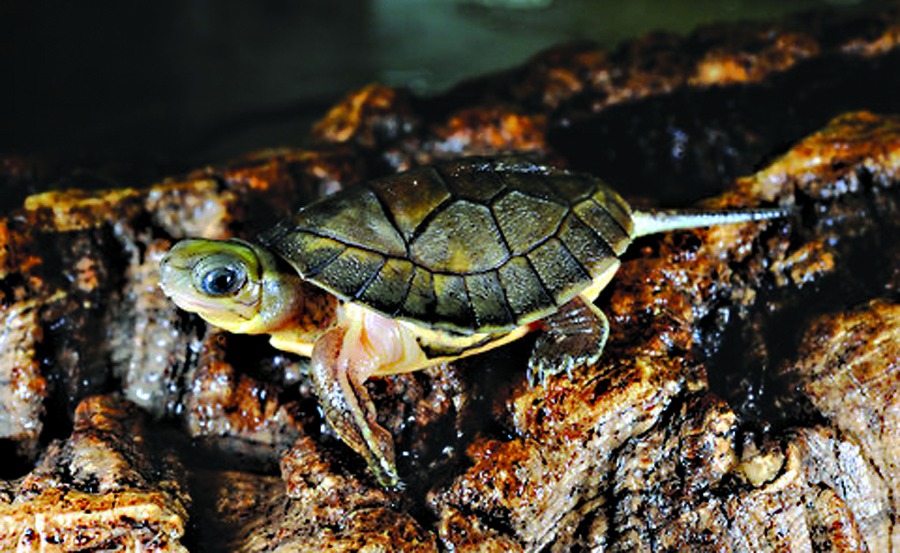 Five endangered turtles have been born in Brooklyn’s Prospect Park Zoo, a first for a North American zoo.

The Chinese big-headed turtles, which are native to China as well as Southeast Asia, were born in November. The turtles grow to about 7 inches long. They have skulls of solid bone that are so large in relation to their bodies that their heads can’t be retracted, like some other turtles’ heads.

The conservation society has a total of 15 of the turtles in its Bronx and Prospect Park zoos.