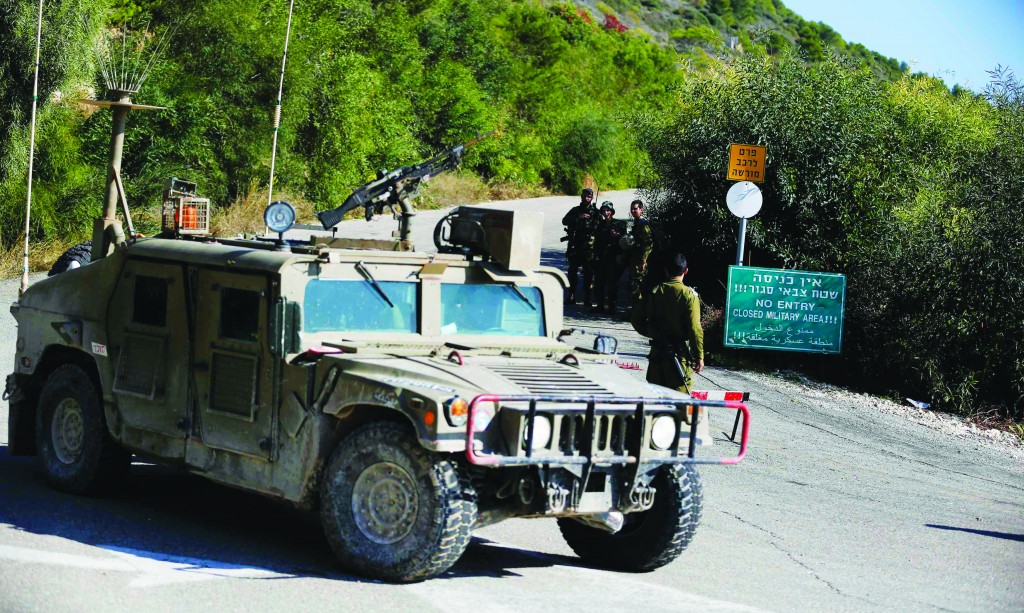 IDF troops shot at two Lebanese soldiers early Sunday morning, wounding one, after they were spotted acting suspiciously near the border between the two countries.

Although the incident occurred not far from where Cohen was killed, near Rosh Hanikra, the IDF said it was not in retaliation for the previous day’s attack.

“We will demand of the Lebanese army first of all an explanation as to what happened and whether this was indeed a rogue soldier; what they have done with him, and what the Lebanese army plans to do in order to prevent incidents of this kind,” Defense Minister Moshe YaalonYaalon said.

Israel protested the “outrageous breach of Israel’s sovereignty” to U.N. peacekeeping forces in Lebanon, and Israeli, Lebanese and U.N. military officers met on Monday to try to defuse tension after the two incidents threatened to destabilize the border area.

“All the circumstances of this incident are not clear at this time, but preliminary findings indicate that it was an individual action by a soldier in contravention of the existing operational rules and procedures,” said UNIFIL commander, Maj. Gen. Paolo Serra.

“I stressed at the meeting that this must remain an isolated incident,” he said.

Lebanese army officials were reportedly questioning the sniper about the incident, but further details were not available.

Relatives and friends of Cohen arrived for the levayah on Monday at 5:00 p.m. in the military cemetery in Haifa.

Shlomi was a permanent NCO in the IDF Navy who lived in Afula with his wife and their seven-month-old baby girl.

“He was a unique family man, an exemplary husband and father,” a relative told Arutz Sheva.

Shlomi’s father, Yossi, described his son as “the flower of the family. An amazing child, an amazing father, an amazing husband. I have no words. It has fallen on us and we are in great pain.”

Relatives of the widow said that she is unable to come to terms with the loss of her husband. “She is broken.”

An initial military investigation found that Cohen, who was killed while driving an unarmored car, did not enter the IDF outpost from the main gate, instead taking a side route more exposed to the Lebanese side of the border, Ynet reported.

Investigators are seeking to determine whether the sniper approached the border, and if so, why he was not spotted by the IDF.

They believe at this point that the Lebanese soldier moved from his outpost, which is located about 300 yards from its Israeli counterpart, to a range of 200 yards from the road before shooting.

The IDF said that it will also examine the directives regulating travel along dangerous roads in unarmored vehicles.