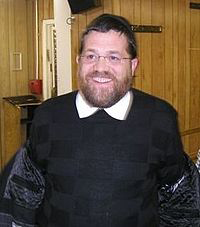 In a dramatic escape painstakingly planned for months,  fled his Bolivian jailers and is back home in New York with his family, Assemblyman Dov Hikind confirmed to Hamodia Monday.

The Brooklyn Democrat who has taken up the cause of the Orthodox Jew since his arrest in the South American nation nearly three years ago refused to describe in detail how Ostreicher ended up in the United States, reportedly since Sunday.

“All I can say is that this ordeal is over,” Hikind said. “Boruch Hashem, after two-and-a-half-years, Yanky is back in America.”

Rumors swirled Monday as dribs of information emerged, with talk of abductions and ransoms. Hikind said that Ostreicher himself would talk to the press as soon as he is able to.

But a source close to the family said that over the past few months, concern for Ostreicher’s welfare grew among those lobbying for his release, including Hikind, Rep. Chris Smith, a New Jersey Republican whose constituents include Ostreicher’s daughter, and actor Sean Penn. The source said that there was an “organized effort” to get Ostreicher out of the country “by professionals.”

That effort apparently took place this past weekend, when Ostreicher was seemingly abducted and taken to a neighboring unnamed country. From there he was flown to Los Angeles, and then home to New York.

“The Bolivian government did not let him out, they didn’t release him,” the source said. “He had to get out on his own.”

Ostreicher was arrested in 2011 while trying to salvage a rice-growing venture on suspicion of money laundering. But he was then jailed for 18 months without being charged, until a chorus of international activists, led by Penn, intervened and won him house arrest.

After his arrest, thousands of tons of his rice were confiscated and sold. He was barred from leaving the country until the saga concludes. Even as virtually every official related to his prosecution — including prosecutors, government officials and judges — were arrested for corruption related to the case, he was still inexplicably denied release or a fair hearing.

Hamodia will be updating this developing story as details become available.