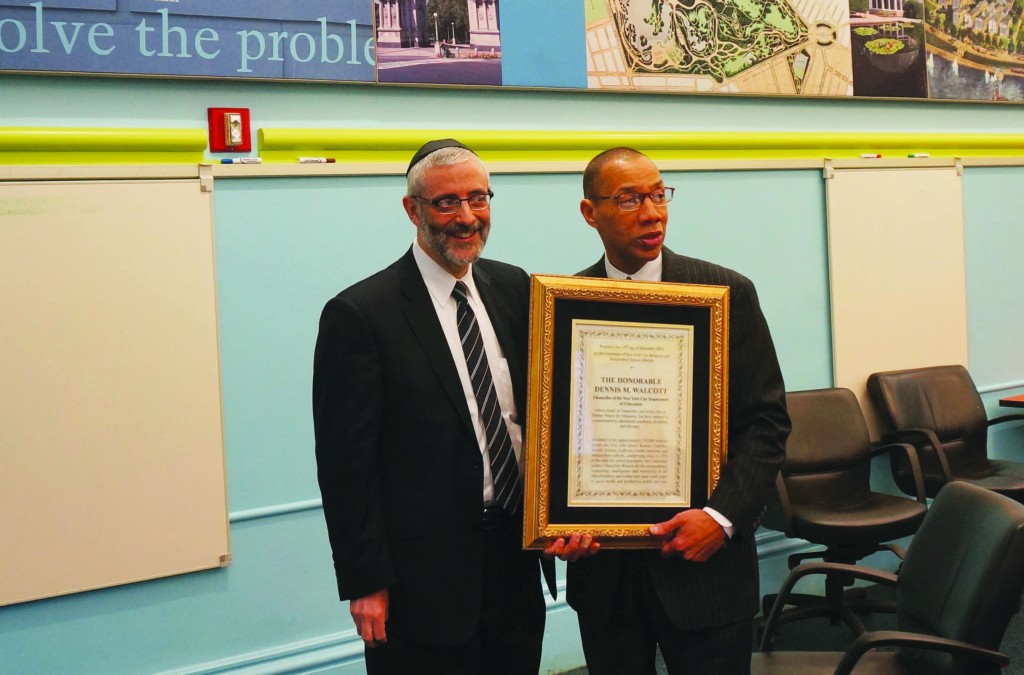 A plaque was presented to New York City’s outgoing schools chancellor on Tuesday by a group representing the city’s private and religious schools, with Rabbi Chaim Dovid Zwiebel, executive vice president of Agudath Israel, noting that Dennis Walcott was fair and helpful to yeshivos during his tenure.

Rabbi Zwiebel, who chairs the Committee of New York City Religious and Independent Schools, gave Walcott the plaque applauding him for his “extraordinary leadership, intelligence and sensitivity to all schoolchildren.”

The committee represents approximately 270,000 students across the city who attend religious and other nonpublic schools, which comprise about 20 to 25 percent of the total school population. The committee meets on a monthly basis with department of education official to ensure that nonpublic school students receive their equitable share of federal education programs and that these programs are user-friendly.

The group also meets several times a year with the Chancellor, as well as with other city agencies that deal with issues affecting yeshivos and other private schools.