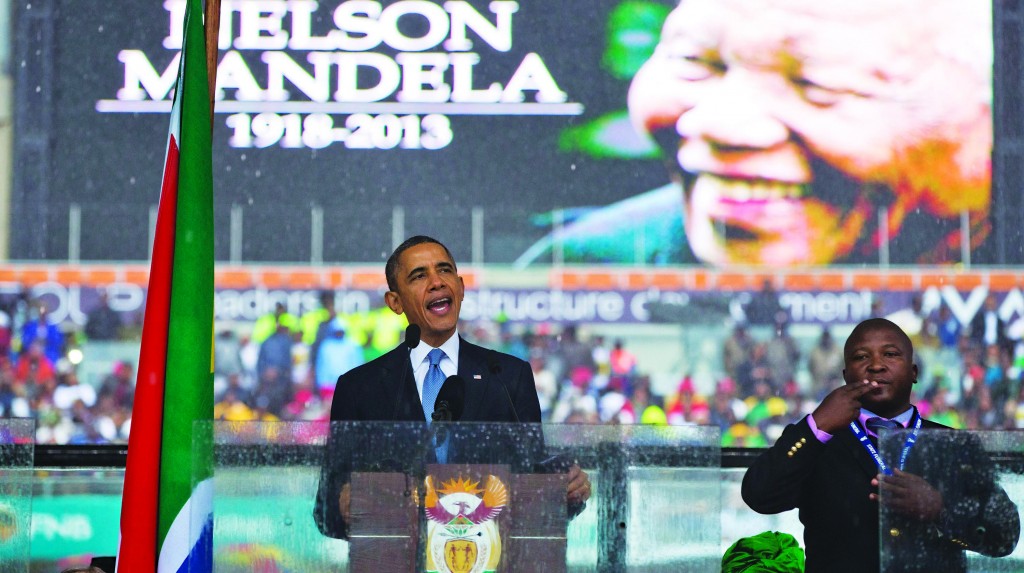 The sign-language interpreter on stage at Nelson Mandela’s globally broadcast memorial service was a faker who was waving his arms around meaninglessly, advocates for the deaf said Wednesday.

The allegation raised questions of how and why he managed to insert himself into a supposedly secure event attended by scores of heads of state, including United States President Barack Obama.

As one world leader after another took the stage in a gigantic soccer stadium to pay homage to Mandela, the man at arm’s reach from them appeared to interpret for the deaf at the hours’ long memorial so the world’s deaf population could understand the historic event.

The allegation of the use of a bogus sign interpreter was yet another example of bad organization at the service Tuesday. Other problems included breakdowns in public transportation that hindered mourners from getting to the soccer stadium and a faulty audio system that made the remarks of world leaders inaudible for many. Police also failed to search the first wave of crowds who rushed inside the stadium after authorities opened the gates just after dawn.

The unidentified man, who stood about one yard (one meter) from Obama and other leaders, “was moving his hands around but there was no meaning in what he used his hands for,” Bruno Druchen, the deaf federation’s national director, told The Associated Press.

Outraged deaf people and sign language interpreters from Canada to China have complained about the man, Parkin said.

“This man himself knows he cannot sign and he had the guts to stand on an international stage and do that,” Parkin said. Nicole Du Toit, an official sign language interpreter who also watched the broadcast, said in a telephone interview that the man was an embarrassment for South Africa.