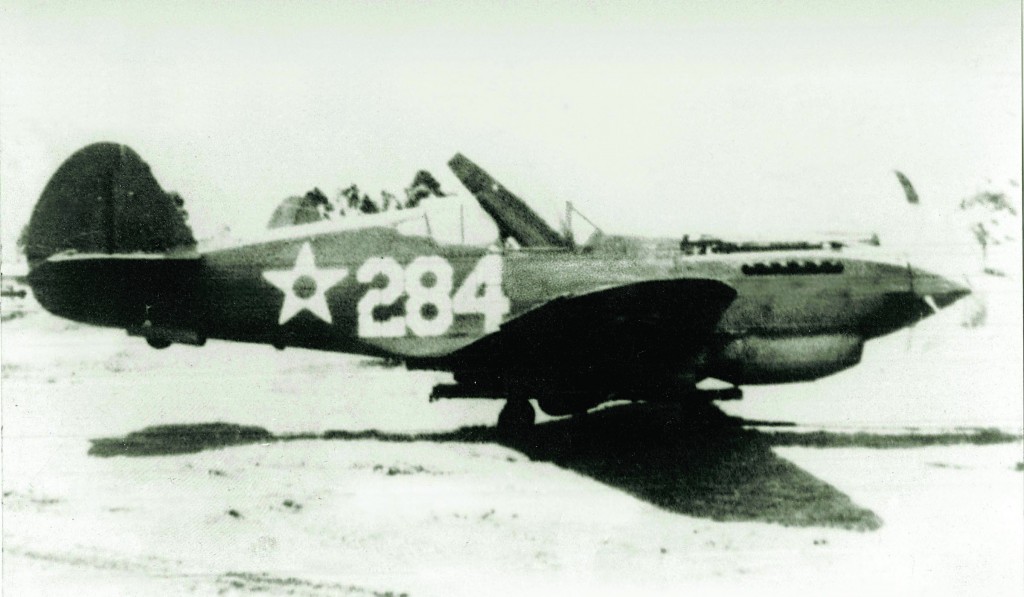 An American fighter that’s one of the few remaining still-airworthy planes to survive the Japanese attack on Pearl Harbor is being donated to an organization that flies World War II aircraft at living-history events across the United States.

Robert Collings, executive director of the Stow, Mass.-based Collings Foundation, said that the purchase of the Curtiss P-40B Warhawk from an aviation museum in England was completed this week. The plane will be disassembled and shipped to the United States, where it eventually will fly over Buffalo and other cities, with plans to participate in the 75th anniversary of the Pearl Harbor attack in 2016, he said.

“The history that comes with it is pretty special,” Collings said Friday, the day before the 72nd anniversary of the surprise attack in Hawaii that launched the U.S. into the Second World War. “It was obvious that we needed to get this airplane back to America.”

The Warhawk heading back to the U.S. came off the assembly line at the Curtiss Aircraft Co. plant in Buffalo in early 1941. Later that year, it was undergoing repairs in a hangar at Wheeler Field on Oahu when waves of Japanese warplanes attacked Pearl Harbor on the morning of Dec. 7, 1941. While more than 300 other U.S. planes were destroyed or damaged during the attack, the P-40B escaped unscathed.

But, seven weeks after the attack, the plane crashed into a mountain on Oahu, killing the pilot. His body was recovered, but the wreckage was left at the remote crash site. In the 1980s, a California warplane restoration group recovered the wreck and began working on it, rebuilding it with parts salvaged from two similar aircraft. The plane was flying again by 2004, soon after being acquired by The Fighter Collection.

Collings said only a handful of P-40Bs exist, including one owned by Microsoft co-founder Paul Allen. Curtiss produced nearly 14,000 P-40s at its Buffalo plant from 1939-44. The plane was a workhorse for American and Allied air forces early in the war, and it was flown by the famed Flying Tigers, the American squadron that fought for China against Japan before America entered the war.

The only other Pearl Harbor survivor still flying is a Grumman J2F-4 Duck, a privately owned, float-equipped biplane based in Kenosha, Wis. The few other surviving aircraft, such as the Smithsonian National Air and Space Museum’s Sikorsky JRS-1 amphibious search plane, are no longer airworthy.