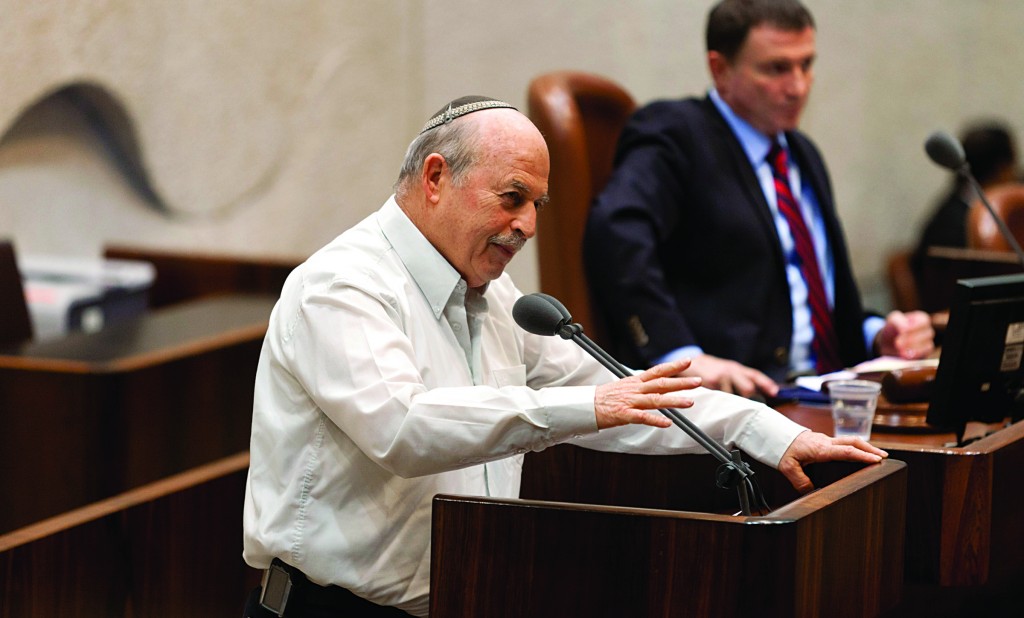 By a unanimous vote of  72 to 0, the Knesset took significant  action on Monday night to reduce the concentration of wealth in the Israeli economy.

“Passing the Market Concentration Bill is good and encouraging news for the future of the Israeli market,” Knesset Finance Committee chairman Nissan Slomiansky (Jewish Home) declared, as he presented the legislation to the plenum.

The bill, said Slomiansky, is designed to end a situation in which “the public’s money was taken advantage of by a small number of wealthy people for their own welfare,” bringing money back to the public and protecting savings and pension funds.

The legislation calls for the dismantling of so-called pyramid companies, or firms with subsidiaries that own more of these, by prohibiting the creation of more than two levels of subsidiaries.

Existing pyramids will be given four to six years to restructure, depending on their size.

The new restrictions is expected to lead to a widespread corporate reshuffling involving high-level sales, mergers and acquisitions, as the pyramids are broken up.

“From now on, Israelis can only see pyramids in Egypt,” Slomiansky quipped.

The legislation also targets major companies that are seen as dominating markets, imposing tighter regulatory oversight that would make it harder, for example, to get government tenders or licenses.

In addition, there will be a separation between “real” economic institutions, and financial institutions. A supermarket chain or a software company, for example, that produces “real” things will not be able to attach to a bank, insurance provider or credit card company, which often lead to conflicts of interests.

“This will increase competition in the market, reduce the influence wealthy people have on decision-makers and put the public’s interests at the head of the government’s economic priorities,” Slomiansky said.

Despite the unanimous vote, enthusiasm was not universal. Meretz leader Zehava Gal-On said that “despite the significant steps taken by the bill, it will allow tycoons to continue milking public funds.

“Although this is better than the original draft submitted by the government, the law needs to be more courageous.”