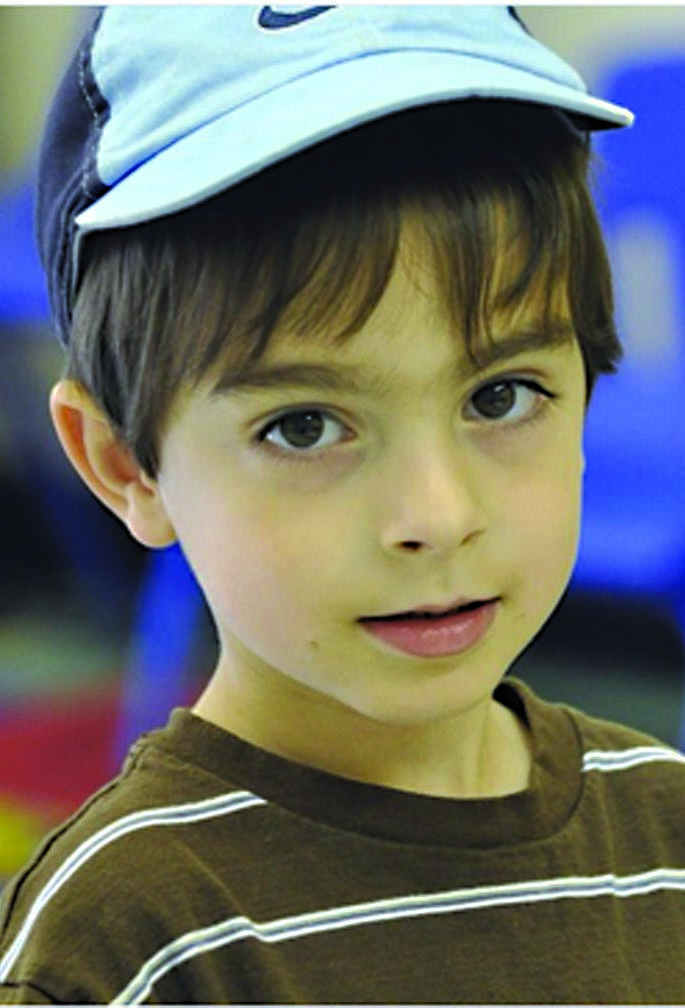 About two years ago, Rabbi Yaakov and Mrs. Devorah Cohen moved from San Antonio, Texas to Houston to join TORCH — Torah Outreach Resource Center of Houston. One year later, they began facing a battle that no one should have to face: Their five-year-old son, Elisha Meir, was diagnosed with a rare malignant brain tumor. Only 100 people a year are diagnosed with this kind of tumor, called medulla blastoma. With much hashgachah pratis, the Cohens discovered that Houston is home to some of the best hospitals in the world and is the best location for treating such brain tumors.

The Cohens have tried several mainstream treatments, but none have been effective, and the family recently received the devastating news from the doctors that “there is nothing more we can do for him.”

Now, the Cohens are turning to a last resort. With continued hashgachah pratis, the Cohens discovered antineoplaston therapy. While there is much debate about the usefulness and safety of this option, there is no other medical option for Rafael Elisha, and according to claims made by some former patients, antineoplaston has been effective in fighting against the cancer that Elisha is now battling.

However, the Cohens are facing a major obstacle: The medicine is currently not approved by the FDA, as the FDA pulled its approval for this treatment in 2012 pending further clinical trials. The approval might be reinstated in three months, but the Cohens cannot wait, as six-year-old Elisha is deteriorating by the day.

The FDA has the power to approve a “compassionate use exemption” for antineoplaston.

In order to further this effort, Friends of the Cohen family have initiated a petition on the White House website that has thus far garnered over 42,000 signatures. But 100,000 signatures in total are still needed by January 2. It is hoped that through this petition drive, it will pressure the FDA to grant this exemption.

Many people who do not know the Cohens personally have rallied to their cause. Mrs. Linda Sadacka of New York heard about Elisha, as he is a classmate of her nephew in Houston. The story melted her heart, and she took upon herself to spearhead a massive media campaign to spread the word and encourage others to sign the petition. “Baruch Hashem, we are such a holy nation. The word is out and Hashem is helping, but we need so much more. One day soon, b’ezras Hashem, we will be dancing for joy, rejoicing in the refuah and the tremendous kiddush Hashem, while the doctors will be scratching their heads.”

“It is amazing to see the outpouring of support from Klal Yisrael. I have gotten calls from across the globe with people asking how they can help. That is giving the parents more chizuk than anything else,” stated Rabbi Aryeh Wolbe, Executive Director of TORCH.

Family and friends are trying many avenues to help bring a yeshuah to Elisha. Mrs. Sadacka has been in touch with many Gedolim and Rebbeim. Harav Chaim Kanievsky, shlita, has given the family a brachah, and told them to try everything. The Skulener Rebbe, shlita, the Aleksander Rebbe, shlita, Harav Michel Twerski, shlita, and Harav Meir Feldbrand, shlita have given brachos to any woman who takes upon herself extra levels of tznius, in Elisha’s zechus.

Many women have been in touch with Mrs. Sadacka and expressed their intention to take these steps. The family has also obtained the support of Harav Yechiel Abuchatzeira, shlita, who gave a brachah for hatzlachah to all women who are keeping any mitzvos in Elisha’s merit, including shemiras halashon. Harav Dovid Abuchatzeira, shlita, is also providing the family with guidance and blessing. These brachos are giving family and friends the energy they need to continue their fight.

“The family has rock-solid emunah,” says Mrs. Sadacka, who has spoken to Mrs. Cohen on the phone. “But her cries are heart wrenching — she does not know how much longer her son can hold on. The boy is suffering terribly; the tumor is very large and is pushing his brain to the side, causing excruciating headaches. Yet he, too, turns to Hashem, as I hear him crying ‘Hashem, help me! The pain is too much to bear!’”

Individuals with an email address and internet access can also help by visiting tiny.cc/refaelfda, creating an account, and signing the petition.