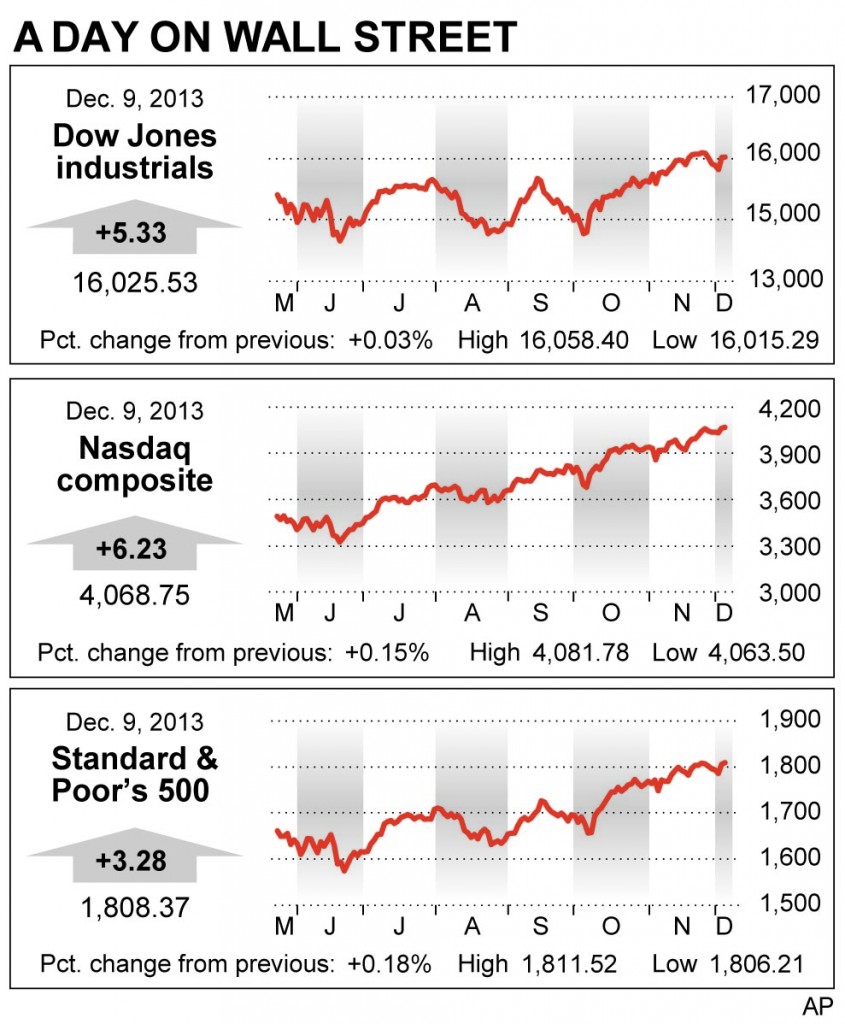 The stock market notched another record close Monday after a big acquisition in the food industry. Hope for a longer-term budget deal in Washington also helped.

Stocks extended a rally from Friday that was driven by a report of solid U.S. job gains. That boosted investor confidence that the economy was growing strongly enough to handle any pullback in the Federal Reserve’s economic stimulus.

Dick Durbin, the No. 2 Democrat in the Senate, said Sunday on ABC that budget negotiations are making progress and moving in the right direction.

The stock market stuttered in October after political wrangling over the budget caused a 16-day partial government shutdown that crimped economic growth and hurt consumer confidence. 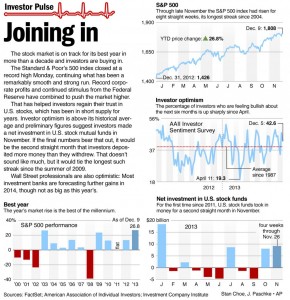 A budget deal “could be viewed as positive, in the sense that it is putting to bed one more possible disruption,” Stone said.

In other corporate news, American Airlines rose 65 cents, or 2.7 percent, to $24.60 on the company’s first day of trading after completing its merger with US Airways.

There were no major economic reports for investors to focus on.

The stock market has climbed to record levels this year as corporations have kept increasing their earnings and the Fed has kept up its $85 billion-a-month bond purchasing program. The Fed’s purchases have pushed up bond prices, lowered interest rates and encouraged investors to buy stocks.

Fed policymakers will meet next week, though few analysts are predicting that they will make changes to their bond-buying program. The meeting runs from Dec. 17 to Dec. 18.

Improvements in the labor market since September last year, when the Fed started its most recent round of stimulus, provided the most powerful argument for reducing bond purchases, St. Louis Fed President James Bullard said on Monday. Bullard, a voting member of the Fed’s policy committee, was speaking in St. Louis.

In government bond trading, the yield on the 10-year Treasury note fell to 2.85 percent from 2.86 percent Friday.