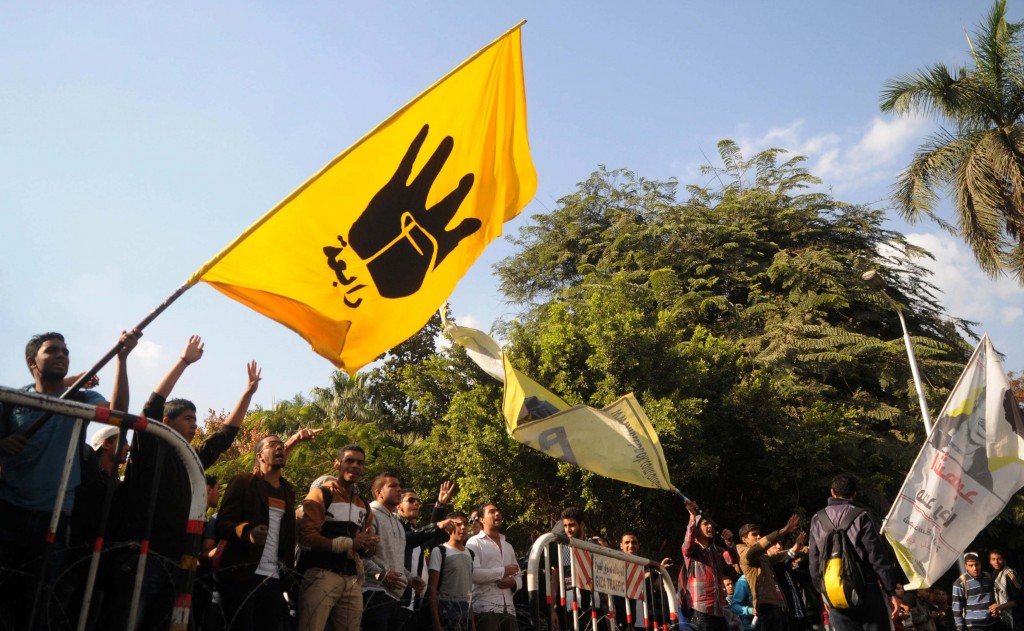 A group of high-ranking members of the Muslim Brotherhood were brought before an Egyptian court on Monday and promptly emulated their deposed leader, Mohammed Morsi, by insisting that the Egyptian legal system had no authority over them.

The 14 defendants, including top-level aides to the ousted Islamist president, face charges similar to those brought against Morsi himself, including inciting violence. Like the Morsi trial, Monday’s proceedings took place in a courtroom housed in a high-security prison.

Morsi’s courtroom appearance in November, his only one to date, was a chaotic affair, ending with the court case being postponed until January. Monday’s trial was also adjourned, until February.

One of the defendants, the Brotherhood’s spiritual leader, Mohamed Badie, told the judge that the defendants are “victims, not the accused,” according to official Egyptian media. Badie had not been seen in public since his arrest in August.

Morsi was ousted by the Egyptian military in early July, after massive protests demanding his removal. His followers continue to demand his reinstatement, and their protests have led to frequent clashes with the police.

More such unrest took place Monday at Cairo’s Al-Azhar University, where students have rallied to Morsi’s cause. Police fired tear gas to disperse a gathering on university grounds, and Egyptian news reports said 58 students were arrested.