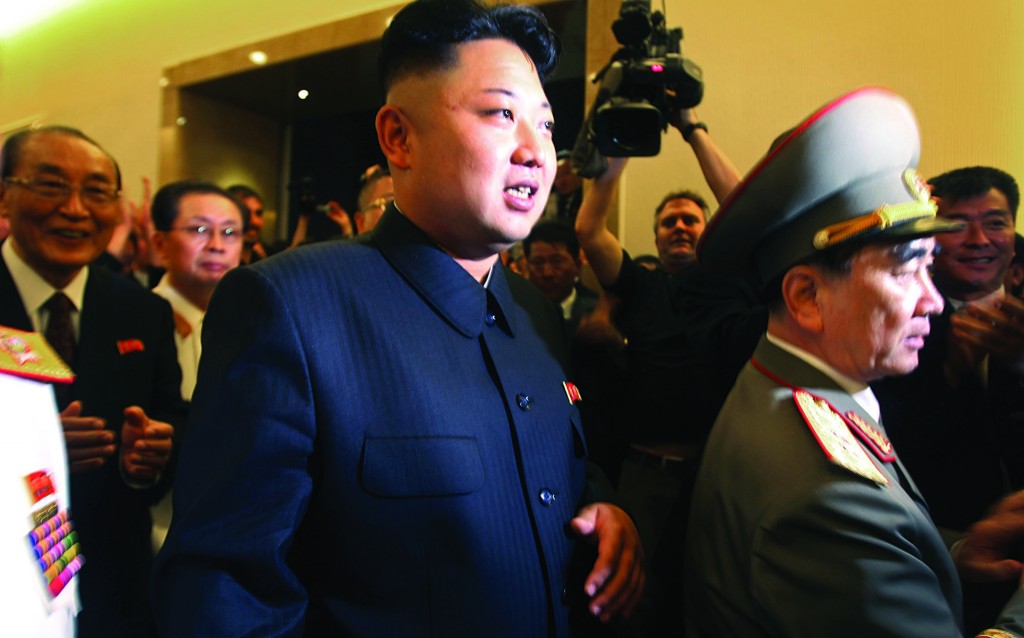 North Korea on Saturday freed an 85-year-old U.S. veteran of the Korean War after a weeks-long detention, ending the saga of Merrill Newman’s attempt to visit the North as a tourist six decades after he oversaw a group of South Korean wartime guerrillas still loathed by Pyongyang.

North Korea made the decision after Newman, who was detained since late October, apologized for his alleged crimes, which Pyongyang linked in part to his work with the South Korean partisan group. North Korea also cited his age and medical condition.

“I am very glad to be on my way home,” a smiling Newman told reporters after arriving at the airport in Beijing from Pyongyang.

Vice President Joe Biden, who is traveling in Seoul, welcomed the release and said he talked by phone with Newman in Beijing, offering him a ride home on Air Force Two. Biden said Newman declined because of a direct flight to his home state of California, which he took later Saturday.

Newman’s son, Jeffrey, said he spoke briefly with his father from Beijing and that he was “in excellent spirits.”

Last month, Newman read from an awkwardly worded alleged confession that apologized for, among other things, killing North Koreans during the war. They were his first words since being taken off a plane Oct. 26 by North Korean authorities while he was preparing to leave the country after a 10-day tour.

Analysts questioned whether the statement was coerced, and former South Korean guerrillas who had worked with Newman and fought behind enemy lines during the war disputed some of the details.

Newman’s detention highlights the extreme sensitivity with which Pyongyang views the 1950-53 war, which ended without a formal peace treaty, leaving the Korean Peninsula still technically in a state of war. The conflict is a regular focus of North Korean propaganda and media, which accuse Pyongyang’s wartime enemies, Washington and Seoul, of carrying on the fighting by continuing to push for the North’s overthrow.

In other news, North Korea has acknowledged the purge of leader Kim Jong Un’s powerful uncle for “anti-state” acts and “double-dealing.”

The lengthy dispatch Monday from state media says Jang Song Thaek formed a faction in the ruling party “by creating an illusion about him” and distorting and weakening party goals. South Korean intelligence officials have said two of Jang’s aides were executed for corruption.