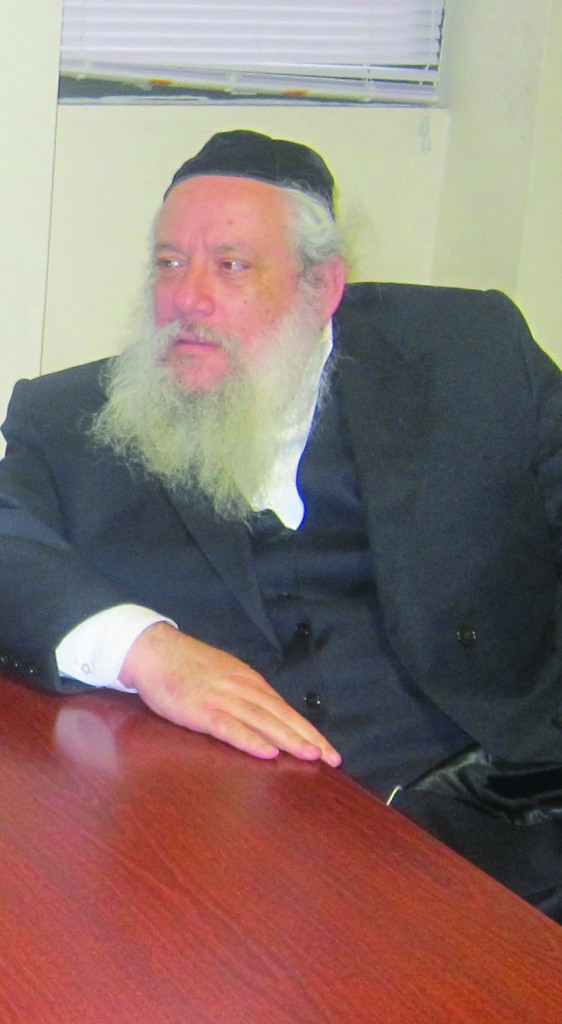 Rabbi Zeibert, a former deputy mayor who also serves as the general secretary of the Agudas Yisrael Party in Israel, came to the office with an impressive resume, having successfully established thriving Torah institutions in Arad and Ashdod, as well groundbreaking yeshivos and schools for children with special needs in several Israeli cities.

But in his conversation with Hamodia, Rabbi Zeibert made it clear that his preferred topic was his plans for Bnei Brak and not his own stellar accomplishments.

He began the conversation by quoting the instructions he received from Hagaon Harav Shmuel Wosner, shlita.

“The task of the mayor is to guard the city of Bnei Brak [so] that it should continue to be a city of Torah, of yiras Shamayim, of avodah, and of Chassidus,” Rav Wosner said.

“It takes a lot of work” to accomplish this goal, Rabbi Zeibert said.

“We seek to ensure that the city will stay as it is — a city of Torah and Chassidus. We don’t want to turn it into a tourist attraction,” he added.

However, in order for Bnei Brak to remain a spiritual bastion, its basic material needs must be met as well.

“It is impossible for a city to survive only on the income of residents; it must have income from businesses and factories as well. For instance, Ashdod has a port that brings in considerable income.

“In order to avoid the budget deficits we had in past years, Bnei Brak established the Bnei Brak Business center, which is essentially another ‘city’ right outside Bnei Brak. This is zoned only for commerce; there are no residential buildings there. So we have the city of Torah and a city that supports Torah,” Rabbi Zeibert explained.

“Recently we [dedicated] a 40-floor building, and we are continuing to build the area.”

Unlike Bnei Brak itself, the commercial center is intended to attract companies from outside the chareidi community.

“We offer investors excellent service and easy terms, and the location is ideal. It is very close to the center of the country, with Tel Aviv and Petach Tikvah only moments away.”

Bnei Brak itself is the most heavily populated city in Israel. “Bnei Brak has 7,000 dunam and 180,000 residents,” Rabbi Zeibert stated.

And it continues to grow, with current plans calling for another 1,500 apartments to be built in the near future, spread across several neighborhoods.

Rabbi Zeibert places particular emphasis on investing in and revamping the struggling Pardas Katz neighborhood, where the city plans to erect some 400 residential units.

During the course of the interview, Rabbi Zeibert, who was born and raised in Bnei Brak, recalled how the city has changed over the years.

Rabbi Zeibert takes pride in the achdus that characterizes the Bnei Brak municipality.

“On the very first day we were permitted to do so by law — 21 days after the elections — we forged a coalition and allocated all the city positions amiably, with unity and friendship,” he said.

When asked the secret recipe for this remarkable unity, Rabbi Zeibert — who is famed for forging close friendships with leaders of all the different communities — said, “One has to realize he must worry about everyone. Each individual must feel that his needs and concerns are being worried about and reckoned with…

“When one wants to live in peace with everyone, it can be done,” he added.