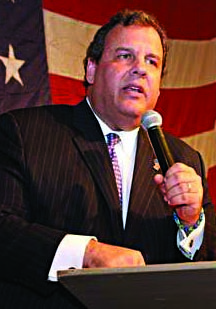 The event at the Coeur d’Alene Resort on Friday evening drew about 350 people who listened to Christie talk about the GOP and why Idaho should re-elect Otter.

“I came out here to Idaho because I don’t want any doubt in anyone’s mind, if there was, that I am for Butch Otter,” Christie said.

“And if you like the way I do business, you must love the way he does business in Idaho. He does an amazing job. See, Butch and I became best friends because we are the same kind of folks. I am sure you never have to wonder what is on Butch Otter’s mind.”

Otter faces a primary challenge in state Sen. Russ Fulcher, a conservative lawmaker from Meridian who says he disagrees with Otter’s decision to establish a state-run health insurance exchange under the federal Affordable Care Act, or Obamacare.

The winner will face Anthony Joseph “A. J.” Balukoff, who announced his candidacy Tuesday and so far has no Democratic rival in May’s primary.

The New Jersey governor easily won re-election in November but has downplayed his front-runner status for the 2016 Republican presidential nomination. He said he came to Idaho to help build early support for Otter for the primary and general elections.

“If you don’t, you are going to see the other Chris Christie,” he joked. “I will be back with a Jersey attitude, and that’s not pretty. I’ll tell you the truth, you don’t want me back here angry.”