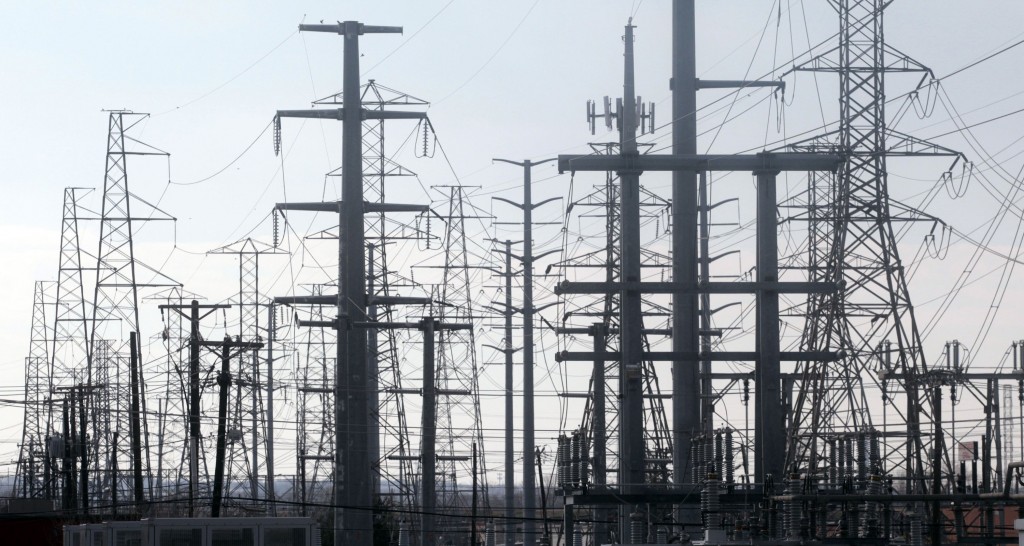 Five years ago, electricity prices were climbing fast, and, with them, power companies’ profits. But already there was a sense that the high times might not last forever.

Financial trading desks at companies like NRG Energy and Energy Future Holdings Corp. were designing elaborate bets to protect themselves when prices came back to earth. Natural gas prices largely set the price of electricity in the United States.

So they bet on the price of natural gas falling, what traders refer to as shorting. And when it did, executives had a new revenue stream, worth billions of dollars a year, to make up for the shortfall in electricity sales.

In recent years, hedging programs have aided the power industry, through a period of sustained cheap electricity prices brought on by the boom in natural gas drilling. But those hedges are now expiring, leaving power companies exposed to power prices half of what they were in 2008.

“It’s a big drop in revenue,” said Mauricio Gutierrez, chief operating officer of NRG. “We need to look at the profitability of our plants, our maintenance and operations and capital expenses. We need to make sure our plans are consistent with the new reality of the market.”

Exactly how big a hit power companies are going to take remains to be seen.

A hedge is an investment through which traders try to reduce the risk of financial loss. In the case of power companies, that means protecting against big drops in the price of electricity. Their traders will sell power into the future at a set price, or bet on a related commodity like natural gas to insulate the companies.

If power prices go down, the value of the hedge rises, to make up some of the financial losses incurred by the company. And if power prices go up, the company loses some money on the hedge, but not so much that they’re not still making a healthy profit – at least if done correctly.

The level of reporting on hedging programs is largely at the power companies’ discretion. But the data that have been made public shows they have been especially profitable of late, according to regulatory filings with the U.S. Securities and Exchange Commission and interviews with analysts and company officials.

Last year, when power prices were at their low, Energy Future reported its natural gas hedging program generated $1.8 billion. That represented a third of the company’s revenue. NRG reported hedge earnings of $2.2 billion in 2012, more than a quarter of its revenue.

Exelon, one of the nation’s largest power companies, with plants and wind farms across Texas, reported a hedging program that brought in $3.2 billion in 2012. Most of that return came from power sales made years ago. when prices were higher, the company said.

As the hedging programs shrink, the companies will be exposed by increasing degrees to current power prices, said Travis Miller, a utilities analyst with the financial research firm Morningstar.

“We still haven’t seen the bottom of earnings for most power producers, given that the hedges they put on even two to three years ago are well above where the market is now,” he said. “How much they’re going to fall is tough. … As analysts we have little insight into what’s going on behind closed doors.”

The varying disclosures among companies make it difficult to  figure out how the power industry at  large is positioned, analysts say.

A spokesman for NextEra Energy Resources declined to comment on the Florida-based company’s hedging program. And a spokesman for Houston-based Calpine said the company did not speculate on the natural gas market like other companies.

The Association of Electric Companies of Texas, an industry group, also declined to comment, citing the proprietary nature of the hedging programs.

The expiration of the hedges and the downturn in the electricity market are already having ramifications.

Energy Future, which has long credited its hedging program with keeping the company going, despite $42 billion in outstanding debt, is expected to file for bankruptcy early next year.

Last month, investment bank Morgan Stanley slashed its projections on Exelon’s stock by almost half, on lowered expectations of where natural gas prices are headed.

In a recent conference call with analysts, Exelon CEO Christopher M. Crane said that while he expected “up-lift” in the power market next year and into 2015, if prices stayed low, the company would have to take action.

“If we have it wrong, then there are some assets that we’ll have to look at for the long-term profitability. That would be around the time frame that I think it would be a very serious conversation taking place,” he said.

Most observers expect the power companies to find ways to weather the storm.

“It’s all factored in. The analysts like that issue, but the market is liquid enough so (the power companies) can ride this out,” said Pat Wood III, the former chairman of the Texas Public Utility Commission and a consultant to Hunt Transmission Services.

“The generators knew this was coming since 2009. Hedging gives you time. As the forward curve (on electricity prices) started to decline, they started deleveraging,” said Aneesh Prabhu, a senior director with the financial services company Standard and Poor’s.

Wind power, while sporadic, has cut into the power sales of traditional power generators. And cheap gas continues to gloom the outlook on power prices for the near future.

The hedging revenue might have put off facing that reality, but the electricity market created by regulators a decade ago needs to be revised, NRG’s Gutierrez said.

“I don’t think anybody, even the people who were doing the fracking, had any idea of the magnitude of the shale revolution back in 2009,” he said. The hedging program “turned out to be a good move, and we created a significant amount of shareholder value … it wasn’t like we had any insight into where gas prices were going to go. We felt like there was more downside if gas prices collapsed than if they moved up.”

Companies have been ramping up, to protect themselves for when the hedges rolled, for years.

Last year, Exelon merged with Baltimore-based utility Constellation Energy and its large retail electricity operation. Traditionally, power retailers make more money when prices are low, because they can earn a larger margin on the electricity they buy from generators.

And more mergers are expected. In the short term, companies should be fine, but longer term is less certain, Miller, the analyst, said.

“The publicly traded power producers, we think, will manage through the (tough) power period, presuming power prices rise again. If we go five or six more years with low power prices, there could be some distressed situations,” he said.