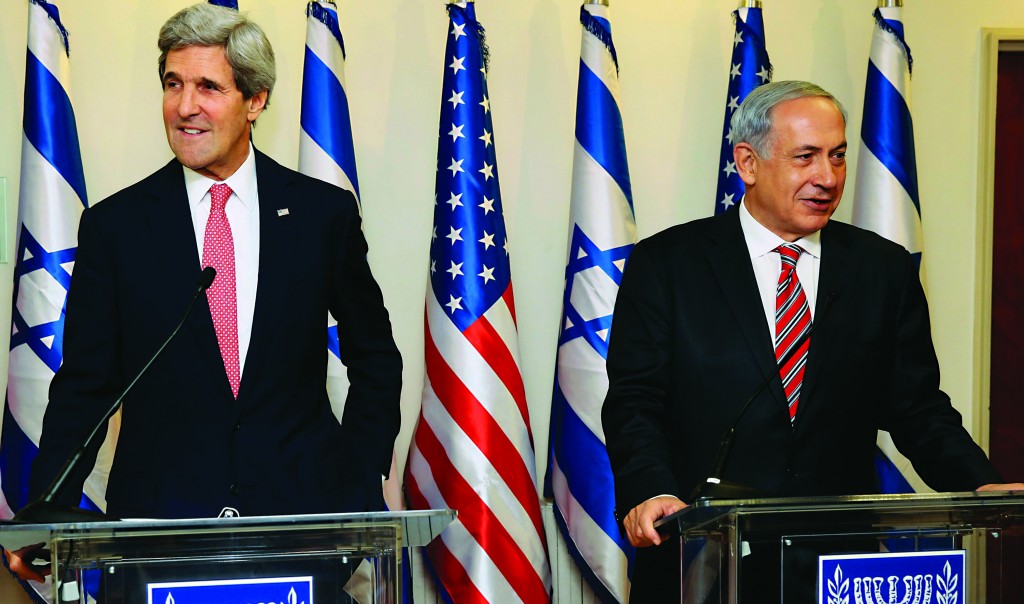 Secretary of State John Kerry’s mission to the Middle East suffered another setback on Thursday as the Palestinians rejected ideas he raised for security arrangements under a possible future peace accord with Israel.

There was no immediate response from the United States or Israel.

A Palestinian official, who spoke on condition of anonymity and declined to elaborate on the proposals, said Kerry presented them to Palestinian Authority President Mahmoud Abbas after discussing them separately with Israeli Prime Minister Binyamin Netanyahu.

In remarks to reporters after his three-hour meeting with Abbas in his Ramallah headquarters, Kerry commended “his steadfast commitment to stay at the peace negotiations.”

Kerry said they had discussed “at great length issues of security in the region, security for the state of Israel, security for a future Palestine.”

“I think the interests are very similar, but there are questions of sovereignty, questions of respect and dignity which are obviously significant to the Palestinians, and for the Israelis very serious questions of security and also of longer-term issues of how we end this conflict once and for all,” he added.

Abbas did not join Kerry at the Ramallah media appearance.

Kerry, who met Netanyahu earlier on Thursday and returned to Yerushalayim in the evening to confer again with the Israeli leader, said “some progress” had been made in the peace talks.

Acknowledging Israel’s fear that ceding large parts of Yehudah and Shomron could make it vulnerable to attack, Kerry said he offered Netanyahu “some thoughts about that particular security challenge.”

Neither he nor Netanyahu gave further details, citing the need to keep the diplomacy discreet. Both described Israeli security as paramount, something Netanyahu said would require that his country “be able to defend itself by itself.”

Kerry was due to depart on Friday after a helicopter tour of Yehudah and Shomron and other areas with Israeli Defense Minister Moshe Yaalon.

Kerry’s visit was also aimed at reassuring his Israeli allies that core sanctions against Iran would remain in place despite its interim nuclear deal with world powers.

Visiting Israel as the talks with Tehran gathered pace, Kerry met an irate Netanyahu. But they worked to affirm their friendship on Thursday. Their offices issued pictures of them smiling in private conversation, and while briefing reporters afterward Kerry referred to Netanyahu by his nickname, “Bibi.”

“I can’t emphasize enough that Israel’s security in this negotiation is at the top of our agenda and the United States will do everything in its power to make certain that Iran’s nuclear program … is terminated,” Kerry said.