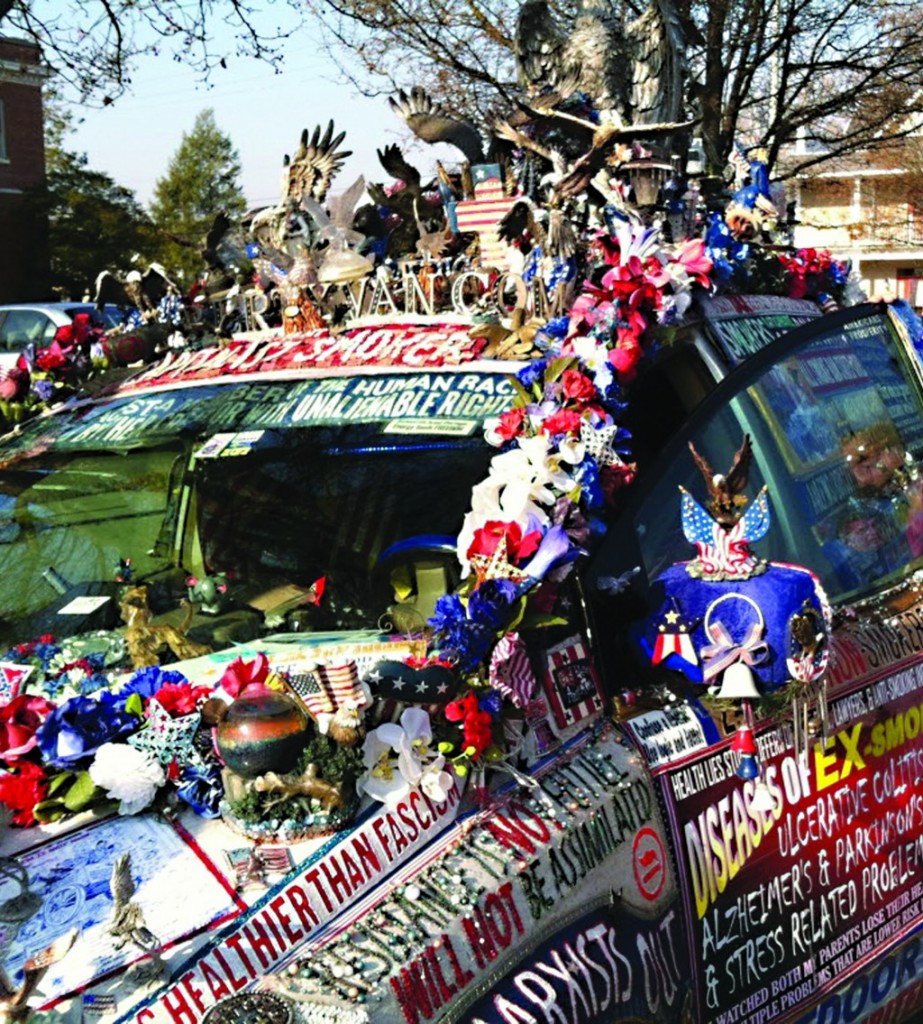 A Kentucky woman whose van is plastered with political signs and trinkets has won a costly fight to have a $56 traffic ticket tossed in New Jersey.

A New Jersey judge Tuesday said she wouldn’t want her grandchildren walking behind Lynda Farley’s so-called Liberty Van because of its blind spots and lack of view out the rearview mirror. But the judge said a string of flowers bordering the windshield hadn’t unduly interfered with Farley’s vision and threw out the obstructed-view citation.

Farley lives in Edmonton, Ky. She was ticketed heading home last year from New York’s Sept. 11 commemoration. She made the 800-mile drive back to northwestern New Jersey several times to fight the fine, saying it was worth it to protect her free-speech rights.