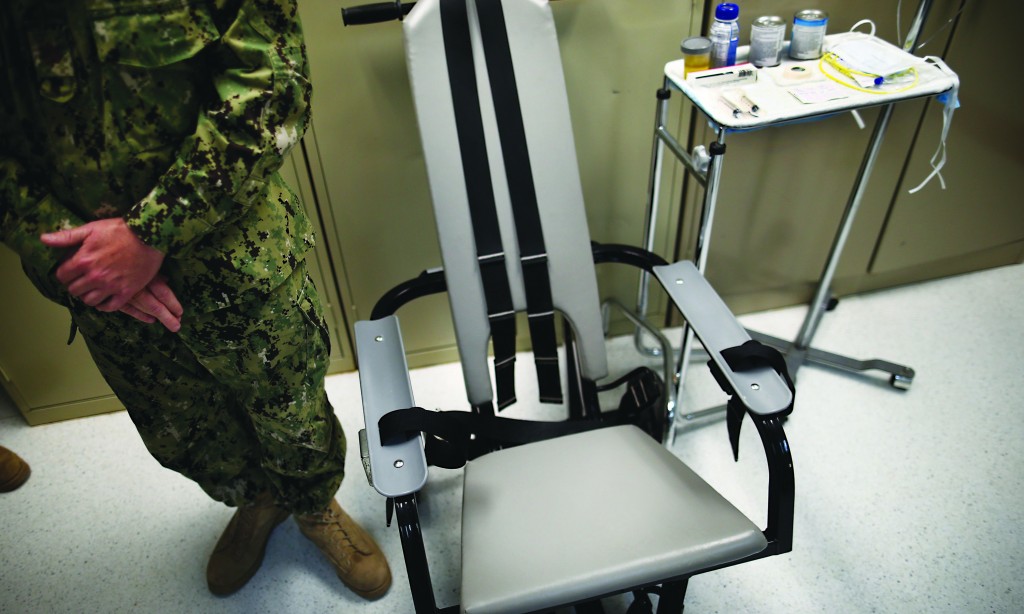 The U.S. military will no longer disclose to the media and public whether prisoners at Guantanamo Bay are on hunger strike, a spokesman said Wednesday, eliminating what had long been an unofficial barometer of conditions at the secretive military outpost.

Hunger strikes have been employed by men held at Guantanamo since shortly after the prison opened in January 2002 and the U.S. has long disclosed how many are refusing to eat and whether they meet military guidelines to be force fed.

Officials have now determined it is no longer in their interest to publicly disclose the information, said Navy Cmdr. John Fiolstrat, a spokesman for the military’s Joint Task Force-Guantanamo.

“JTF-Guantanamo allows detainees to peacefully protest, but will not further their protests by reporting the numbers to the public,” Filostrat said in an e-mail. “The release of this information serves no operational purpose and detracts from the more important issues … the welfare of detainees and the safety and security of our troops.”

The U.S. holds 164 men at Guantanamo. President Barack Obama had vowed to close the prison upon taking office but was thwarted by Congress, which imposed restrictions on transfers and releases. The military has long offered members of the media highly scripted tours of the detention center and would provide general information about prisoners, without names.

The Miami Herald reported that as of Monday, when the statistics were apparently released for the last time, there were 15 men on hunger strike, up from 11 in mid-November.