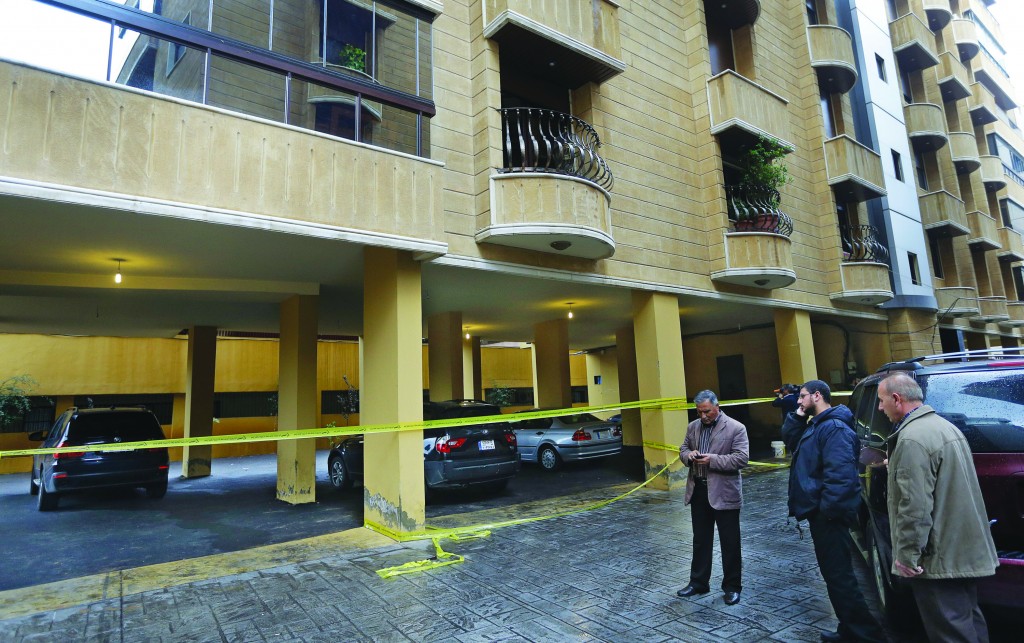 The attackers waited in an olive grove around midnight. As the Hizbullah commander pulled into the garage of his nearby apartment building, they assassinated him, an action that reverberated across the Middle East.

The killing early Wednesday of Hassan al-Laqis, described as a member of the inner circle of Hizbullah leader Sheik Hassan Nasrallah, was the latest in a series of recent attacks against the Iranian-backed group.

Hizbullah blamed Israel, which denied involvement. However, the Shiite terrorist group’s open support of Syrian President Bashar Assad has enraged Sunnis and left it with no shortage of enemies eager to strike at its strongholds and leadership. Dozens of people have been killed in deadly car bombings claimed by radical Sunni groups.

The group’s participation in
the civil war in Syria is highly divisive and unpopular in Lebanon, where many feel it has deviated from its raison d’etre of fighting Israel and exposed the Shiite community to retaliation.

Most recently, two suicide bombers blew themselves up outside the Iranian Embassy in Beirut, killing 23. An al-Qaida-affiliated group claimed responsibility, saying it was payback for Hizbullah’s support of Assad.

Al-Laqis’s killing came shortly after Nasrallah accused Saudi Arabia of being behind the embassy bombings in a sharp escalation in rhetoric against the Sunni regional powerhouse. In a three-hour interview with a local media station, he indirectly suggested an alliance between Israel and Saudi Arabia was trying to destabilize his group.

The Saudi monarchy is engaged in a proxy war with Iran over influence in the region, and in that, Riyadh has increasingly found common ground with Israel.

“The assassination is another notch in tensions between Hizbullah and Saudi Arabia,” said Kamel Wazne, founder of the Center for American Strategic Studies in Beirut.

“There will be repercussions. It’s going to be more like an open battle,” he said.

Two previously unknown Sunni groups claimed responsibility for al-Laqis’ assassination, but the claims could not be verified.

Al-Laqis, 53, was killed as he returned home from work, Hizbullah said.

An official close to the highly secretive group said al-Laqis held some of Hizbullah’s most sensitive portfolios and was very close to Nasrallah and his inner circle, often acting as a link with officials in Tehran.

“He was one of the brains behind much of the group’s operations,” the official said.

The assassination marked a rare breach of the Shiite group’s security — the fourth successful penetration of a Hizbullah enclave in recent months.

It also underscored how the militia has found itself engaged on multiple fronts: Shoring up Assad’s rule in Syria while also keeping up its fight against Israel.

Some of Hizbullah’s most loyal supporters in the Shiite community have been reluctant to embrace its fight in Syria.

That involvement has raised tensions in Lebanon’s Sunni and Shiite communities as each side lines up in support of their brethren in the Syrian civil war. That has fueled predictions that Lebanon, still recovering from its 15-year civil war that ended in 1990, is on the brink of descending into full-blown sectarian violence.

In Tripoli, Lebanon’s second-largest city, there have been bloody street battles between rival sides nearly every day, with at least 12 people killed last week.

Al-Laqis was buried later Wednesday in his hometown of Baalbek in eastern Lebanon. A few thousand people took part in pouring rain.

“The Israeli enemy is naturally directly to blame,” the Hizbullah statement said. “This enemy must shoulder complete responsibility and repercussions for this heinous crime and its repeated targeting of leaders and cadres of the resistance.”

Israeli foreign ministry spokesman Yigal Palmor denied any involvement. “Israel has nothing to do with this incident,” Palmor said. “These automatic accusations are an innate reflex with Hizbullah. They don’t need evidence, they don’t need facts, they just blame anything on Israel.”

Still, Israel could view the fallout from Hizbullah’s armed intervention in Syria — and the long list of enemies it has created — as cover to move against one of the group’s senior figures and settle old scores with Hizbullah and Iran.