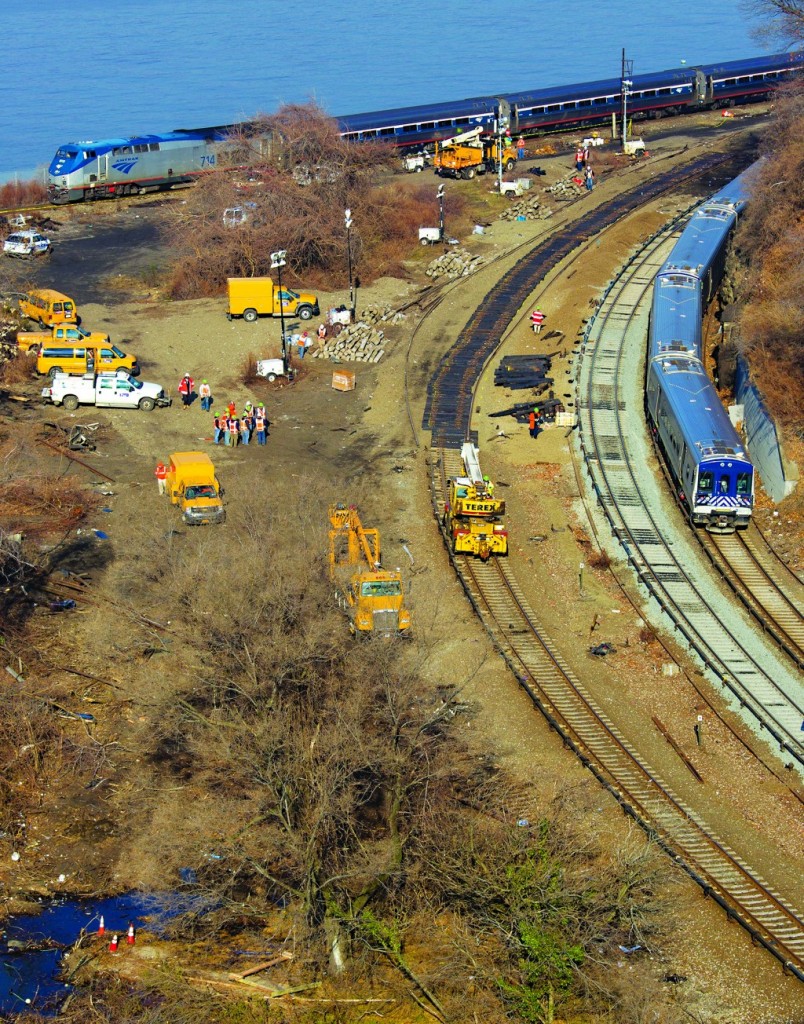 An engineer whose speeding commuter train ran off the rails along a curve, killing four people, experienced a hypnotic-like daze and nodded at the controls before he suddenly realized something was wrong and hit the brakes, a lawyer said as a federal regulator called for the railroad to make immediate safety improvements.

William Rockefeller, who was operating the Metro-North Railroad train, experienced a nod or “a daze,” almost like road fatigue or the phenomenon sometimes called highway hypnosis, said attorney Jeffrey Chartier, who accompanied the engineer to his interview with National Transportation Safety Board investigators Tuesday. Chartier couldn’t say how long the spell lasted.

What Rockefeller remembers is “operating the train, coming to a section where the track was still clear — then, all of a sudden, feeling something was wrong,” Chartier said. “He felt something was not right, and he hit the brakes.”

He called Rockefeller “a guy with a stellar record who, I believe, did nothing wrong.”

“You’ve got a good guy and an accident,” he said. “A terrible accident is what it is.”

Rockefeller “basically nodded,” said Anthony Bottalico, leader of the rail employees union, relating what he said the engineer told him.

“He had the equivalent of what we all have when we drive a car,” Bottalico said. “That is, you sometimes have a momentary nod or whatever that might be.”

It’s too soon to say whether the accident was caused by human error, NTSB member Earl Weener said. But investigators have found no problems with the brakes or rail signals, he said. Alcohol tests on crew members were negative, and investigators are awaiting the results of drug tests.

Federal investigators wouldn’t comment on Rockefeller’s level of alertness. They said late Tuesday they had removed Bottalico’s union, the Association of Commuter Rail Employees, as a participant in the investigation for publicly discussing confidential information.

Congress had previously ordered commuter and freight railroads to install technology called positive train control, which uses electronics to monitor trains’ positions and speed and stop derailments and other problems, by the end of 2015. The technology has not been installed on Metro-North trains.

The MTA has said it started planning for such a system as soon as the law went into effect, but it has advocated for an extension to 2018 because of difficulties in installing it.

Crews are rebuilding the damaged track where Rockefeller’s train crashed. One of three Hudson Line tracks reopened Wednesday, and commuters said they were grateful service was restored fairly quickly.

“We don’t get to complain,” said Elite Rubin, 36, who does marketing for an accounting firm. “We weren’t on that train where people died.”

On the day of the crash, Rockefeller was on the second day of a five-day work week, and had reported at 5:04 a.m. after a typical nine-hour shift the day before, Weener said.

“There’s every indication that he would have had time to get full restorative sleep,” he said.

Weener said part of the investigation will be creating a 72-hour timeline of his activities.

Chartier said Rockefeller had gotten “a proper amount of sleep,” having gone to bed at 8:30 the previous night to wake up at 3:30 a.m. for his shift.

The NYPD is conducting its own investigation, with help from the Bronx district attorney’s office, in the event the derailment becomes a criminal case.