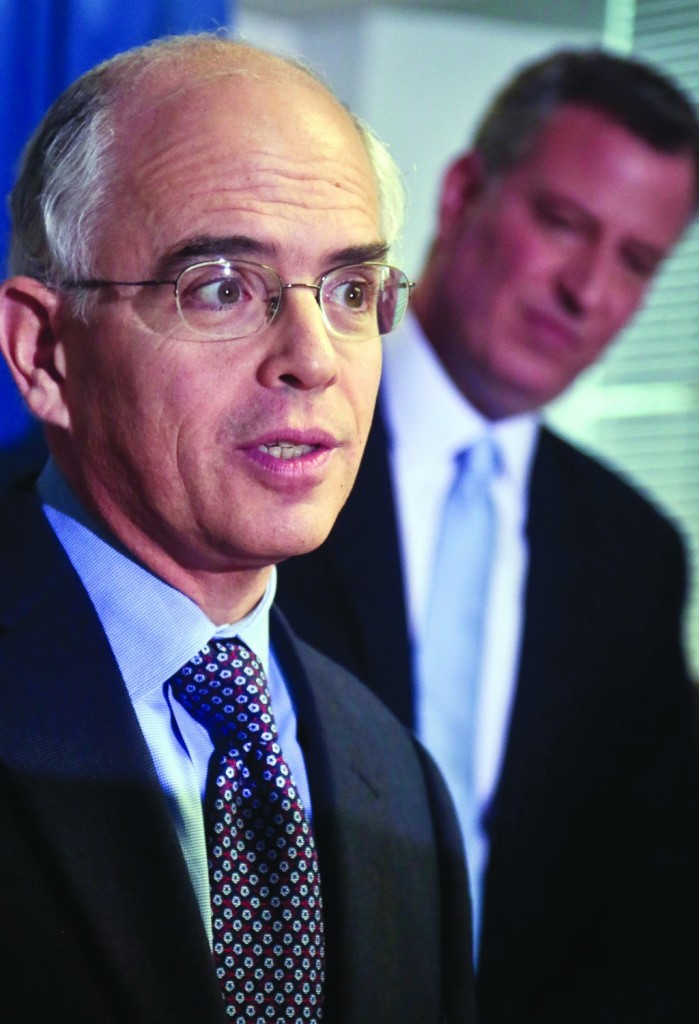 Mayor-elect Bill de Blasio revealed his first appointments Wednesday, tapping a seasoned city government hand to be his top aide and offering a snapshot into the structure of his nascent administration.

De Blasio, a Democrat who will take office Jan. 1, named Anthony Shorris as his first deputy mayor, a post he is empowering to run the day-to-day operations of the nation’s largest city. Shorris, whose government experience dates back to 1978, will oversee all city agencies and administrators except for police commissioner and schools chancellor.

De Blasio is expected to name his choices to those high-profile posts in the coming days.

“I don’t think I know anyone who has this range of experience and achievement and be able to work with all elements of the government seamlessly,” de Blasio said at a lower Manhattan press conference.

He said Shorris, 56, would “be able to hit the ground running,” adding that “this is a guy who does not need any warm-up pitches.”

De Blasio in particular credited Shorris as the “central architect” of the Koch administration’s affordable housing plan, a program to create 200,000 housing units that the mayor-elect called a “stunning” achievement and one he hopes to mirror.

Shorris will also be charged with helping negotiate new contracts with the city’s unions, de Blasio’s first significant fiscal dilemma. The unions have been working on expired contracts for years and want retroactive raises that could total more than $7 billion, a figure most analysts believe the city can’t afford.

The empowerment of the first deputy mayor marks a shift in
the management structure at Bloomberg’s City Hall.

Bloomberg put Deputy Mayor of Operations Cas Halloway in charge of the day-to-day management of the city, not his first deputy mayor, Patricia Harris. The mayor-elect said he wanted “clear lines of authority and clear lines of accountability” and is returning to the traditional model used by previous mayors like David Dinkins, for whom de Blasio worked as an aide.

Dominic Williams, who was chief of staff to de Blasio as public advocate, will fill that role for Shorris. And Emma Wolfe, one of the key figures behind de Blasio’s mayoral triumph, will be his director for intergovernmental affairs.