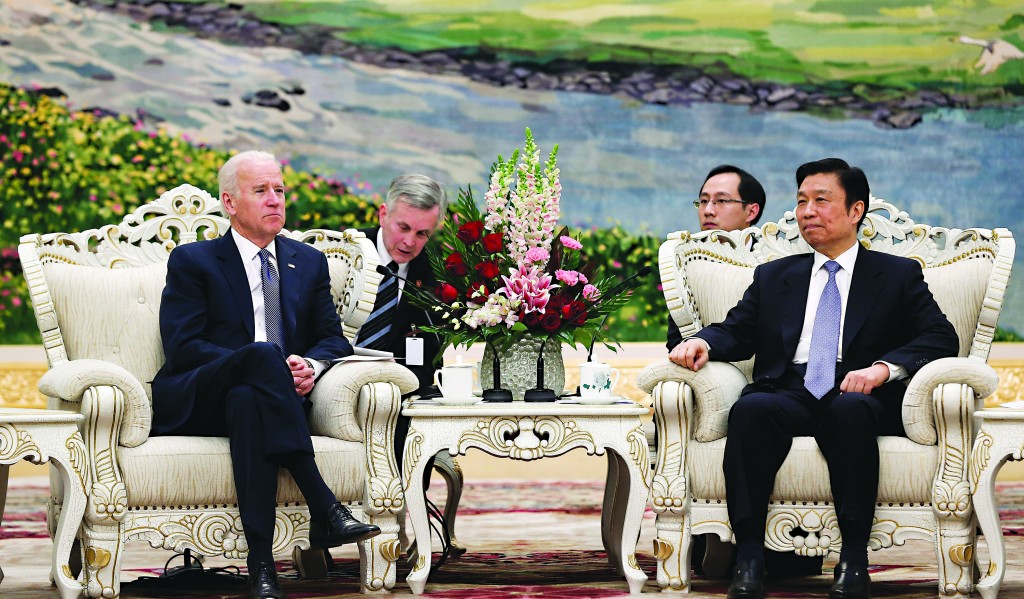 In candid, face-to-face talks, Vice President Joe Biden and Chinese President Xi Jinping traded arguments Wednesday over China’s contentious new air defense zone, with no consensus about how to defuse an issue that’s raising anxieties across Asia and beyond.

The U.S. will now wait to see whether China, despite international pressure, will enforce the zone — a strip of airspace more than 600 miles long above disputed islands in the East China Sea.

In Washington, Defense Secretary Chuck Hagel called China’s announcement of the zone “destabilizing” and complained that it had come “so unilaterally and so immediately without any consultation.”

“That’s not a wise course of action to take for any country,” Hagel said at a Pentagon news conference.

In Beijing, Wednesday’s outcome was not what Biden may have hoped for.

A day earlier, he had stood shoulder to shoulder in Tokyo with the leader of China’s rival — Japan — pledging to raise Washington’s deep concerns with Xi directly in hopes of tamping down tensions in a strategically critical region.

U.S. officials worry that China’s demand that pilots entering the airspace file flight plans with Beijing could lead to an accident or a confrontation spiraling dangerously out of control.

Neither Biden nor Xi mentioned the dispute as they appeared briefly before reporters at the end of their first round of talks. But in private, the issue came up at length at the beginning and again near the end of the long-planned meeting, senior Obama administration officials said. In all, Biden and Xi met for more than five hours.

The typically upbeat Biden appeared subdued as he reflected on the complexity of the relationship between China and the U.S., two world powers seeking closer ties despite wide ideological gulfs they have as of yet been unable to bridge.

“This new model of major-country cooperation ultimately has to be based on trust, and a positive notion about the motive of one another,” Biden said, flanked by top advisers in a resplendent meeting room steps away from Tiananmen Square.

The calibrated public comments played down the deep strains permeating the relationship between the world’s two largest economies.

As Biden arrived in Beijing, an editorial in the state-run China Daily charged Washington with “turning a blind eye to Tokyo’s provocations,” warning that Biden would hit a dead end should he come “simply to repeat his government’s previous erroneous and one-sided remarks.”

Xi, for his part, stuck to the script — at least in public. The Chinese leader touted the benefits of closer U.S.-China ties as he laid out “profound and complex changes” underway in Asia and across the globe.

Tensions between the U.S. and China were temporarily glossed over earlier when Biden arrived here for an elaborate welcoming ceremony in Beijing’s Great Hall of the People. Chinese Vice President Li Yuanchao greeted his American counterpart with an elaborate honor guard and a military band that played the two countries’ national anthems, as Biden and Xi stood together on a platform above the massive hall’s marble floors and crisscrossing red carpets.