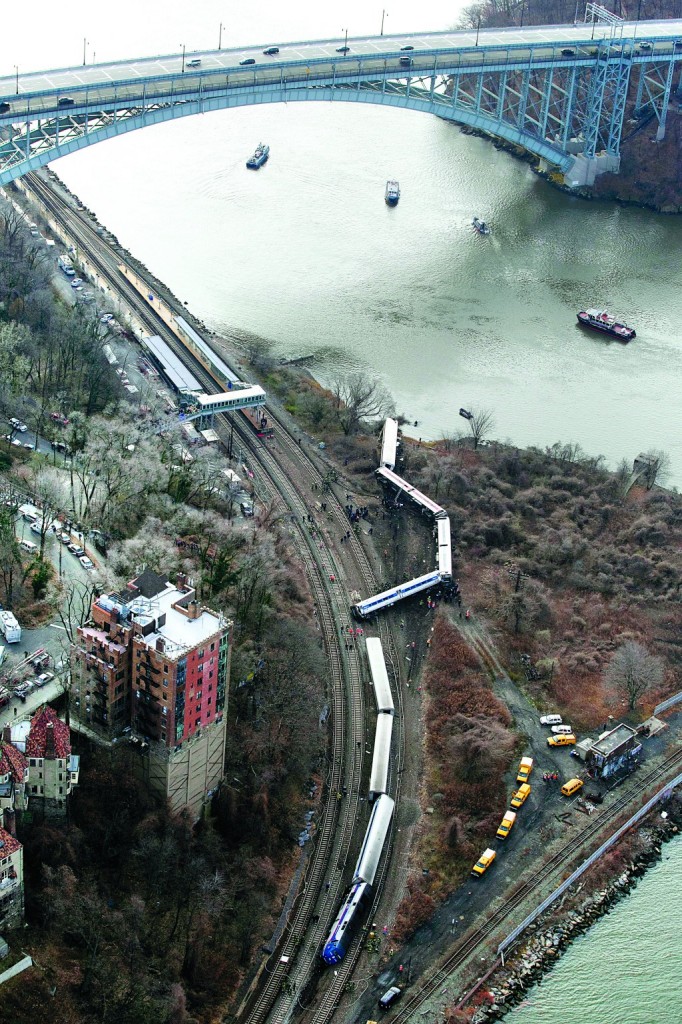 Two years after being singled out for international honors, Metro-North Railroad finds itself facing a wave of retirements, under three federal safety investigations, and explaining to officials and riders why a locomotive engineer drove a speeding train into a deadly curve.

“One of the reasons this is all so stunning is that this kind of thing doesn’t historically happen on Metro-North,” William Henderson, executive director of the Permanent Citizens Advisory Committee to the MTA, said in interview. “It has been a very difficult year for the railroad.”

The investigations add to challenges for the railroad that two years ago was the first in the U.S. to win the Brunel Award for design and engineering. Last month, Metro-North was chided by the NTSB for a maintenance backlog. In May, all 700 passengers on two Metro-North trains survived a head-on collision in Connecticut, days before a worker died in a separate rail accident.

The railroad is also beset by departures among its most senior staff. Metro-North is approaching its 30th anniversary, with a large number of employees finishing their third decade of service and qualifying for full retirement benefits.

“You lose a lot of experience and knowledge and some of the culture that they’ve worked to instill in their employees, and safety is a big part of that,” Henderson said. “It’s difficult to find people who can do the work.”

Training replacements takes time. Metro-North trains, like most commuter trains, are operated by a single engineer. Those employees often work their way up from being conductors or brakemen. William Rockefeller, who was driving the derailed train, became a locomotive engineer about 15 years ago, after starting in the stationmaster’s office as a clerk.

The railroad, which employs about 5,900 people, lists 21 job openings on its jobs site, including a training officer for locomotive engineers and a chief mechanical officer.

Metro-North carries an average of 280,000 riders each weekday, second only to the Long Island Rail Road.

Metro-North’s chief engineer, Robert Puciloski, speaking at an NTSB hearing last month in Washington on the May derailment, said the commuter line had fallen behind on track maintenance as it lost experienced welders to retirement. Metro-North welders may not have appropriately fixed a cracked joint near where the May derailment occurred, he said.

It would be irresponsible to dismiss the three Metro-North events this year as a coincidence, said Nicole Gelinas, a senior fellow at the Manhattan Institute for Policy Research who studies the regional mass-transit systems.