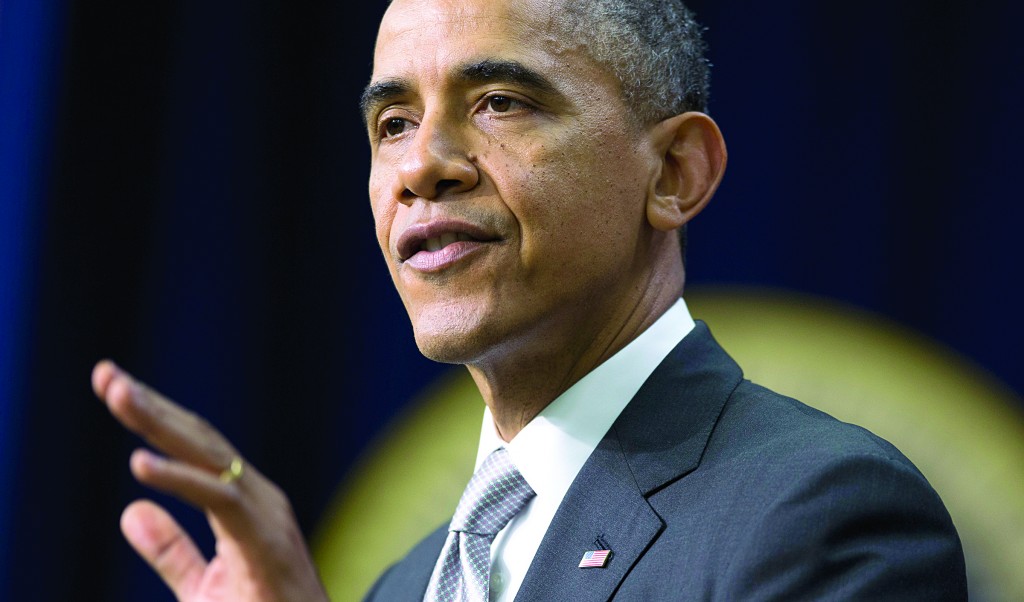 Seeking to regroup from his health-care law’s disastrous rollout, President Barack Obama on Tuesday insisted that the sweeping overhaul is working and warned Republican critics that he would fight any efforts to strip away its protections.

“We’re not repealing it as long as I’m president,” Obama said during a health-care event at the White House. “If I have to fight another three years to make sure this law works, then that’s what I’ll do.”

Earlier Tuesday, the administration released a 50-state report saying that nearly 1.5 million people were found eligible for Medicaid during October. As website problems depressed sign-ups for subsidized private coverage, that safety-net program for low-income people saw a nearly 16 percent increase in states that have agreed to expand it, according to the Department of Health and Human Services.

The White House is trying to cast the health-care law in a positive light after the first two months of enrollment for the centerpiece insurance exchanges were marred with technical problems. With the majority of problems with the sign-up website resolved, by the accounting of administration officials, Obama and his team plan to spend much of December trying to remind Americans why the administration fought for the law in the first place.

“We believe that in America, nobody should have to worry about going broke because somebody in their family or they got sick,” Obama said, flanked by people the White House says have benefited from the law.

Despite Obama’s sunny presentation, officials are furiously working behind the scenes to rectify an unresolved issue with enrollment data that could become a significant headache after the first of the year. Insurers say much of the enrollment data they’re receiving is practically useless, meaning some consumers might not be able to get access to benefits on Jan. 1, the date their coverage is scheduled to take effect.

The troubled rollout of the insurance exchanges has contributed to a drop in Obama’s overall job approval rating, while also emboldening Republicans and putting Democratic lawmakers facing re-election on edge.

White House officials say that with the worst of the website problems behind them, the president will return to a familiar political argument: criticizing Republicans for opposing the “Obamacare” law without providing their own ideas for solving national health care woes.

“They sure haven’t presented an alternative,” Obama said. “You’ve got to tell us specifically what you’d do.”

Despite the website troubles, the White House says it is buoyed by high online traffic. On Monday, officials said, the site received about 1 million visitors, though they would not detail how many of those had actually enrolled for insurance policies.

Medicaid sign-ups are proceeding on a separate track. While subsidized private coverage is available to middle class people in all 50 states, the expanded version of Medicaid currently is provided only in states that agreed to accept it. So far 25 states and Washington, D.C., have done so.

Tuesday’s report showed that states that expanded their Medicaid programs saw a nearly 16 percent increase in applications during October. States that did not expand saw a smaller, 4-percent increase.