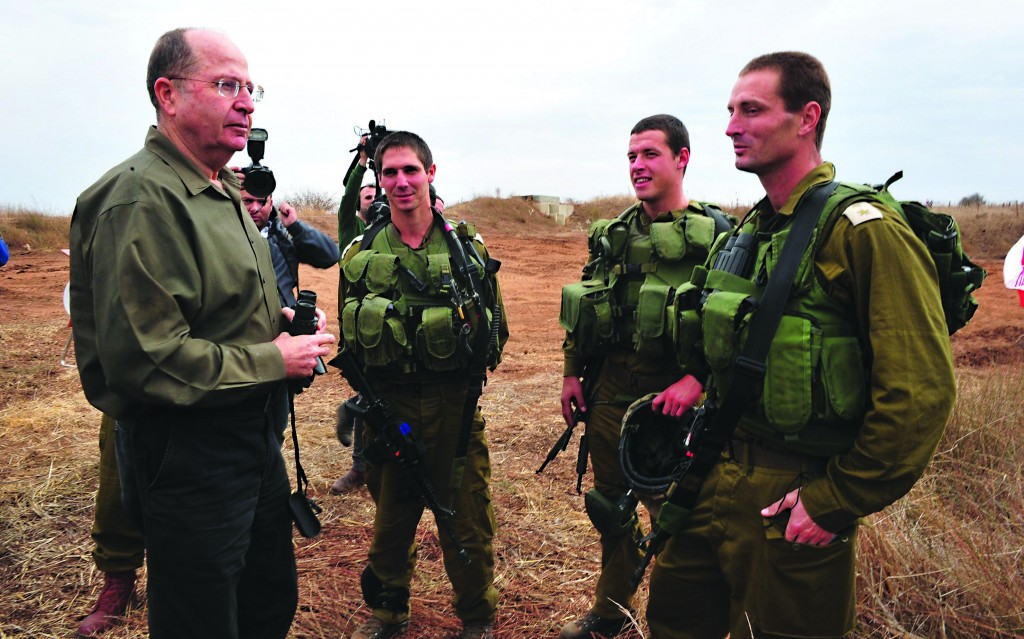 Israel has been conducting a humanitarian effort to provide vital supplies to victims of the Syrian civil war trapped near the border on the Golan Heights, The Jerusalem Post reported on Tuesday.

“We’ve transferred water, and food, including baby food. The villages here are locked in and have no access to anywhere else,” Defense Minister Moshe Yaalon said Tuesday, touring the area.

“We’re supplying humanitarian help to residents over the border here, and are evacuating them to our hospitals. We don’t see the situation stabilizing in the near future,” Yaalon added.

Also on Tuesday, an IDF source said that the gunfire from Syria on an IDF patrol on the Golan on Monday was a deliberate attack by a single Syrian soldier, and not stray fire, the Post reported. IDF forces responded with small arms fire immediately thereafter.

The IDF’s Northern Command has played down the incident, seeing it as part of the spillover from fighting in Syria rather than an escalation of any significance.

During his tour, Yaalon was accompanied by Northern Command chief Maj.-Gen. Yair Golan and other senior officers, and received a security briefing.

“We’re seeing daily fighting by opposition elements against the Syrian army, with the opposition pushing the Syrian army eastwards, and we’re monitoring developments in the rest of Syrian territory where there is daily fighting. The world is focusing on the disbanding of chemical weapons, but there are hundreds of casualties per week in this fighting,” the defense minister stated.

Addressing the situation in the Gaza Strip, Yaalon pointed out the unfairness of the media’s  portrayal of Israeli policy.

“There is no siege,” he added. “We’re the only party that cares about the residents of Gaza apparently, as Egypt has blocked the border, and the PA isn’t interested — it has other considerations.”

Israel is supplying Gaza with most of its electricity and water needs, and allows in goods daily through the Kerem Hashalom crossing, with the exception of concrete and dual-use products that can be used to manufacture rockets and missiles, he explained.

“The interesting thing is that the world turns to us, not to our neighbors or anyone else, but turns to us, and says we’re sovereign [over Gaza],” Ya’alon said.

He revealed that U.N. Secretary General Ban Ki-Moon turned to him in recent days with a request to allow concrete into Gaza for the construction of U.N. schools.

Yaalon said he acceded to the request, on two conditions: “That the U.N. condemns the use of concrete by Hamas for attack tunnels,” and that a U.N. representative furnishes Israel with information on exactly how much concrete is needed for the project, while committing the organization to ensuring that it does not reach Hamas for terrorist purposes.