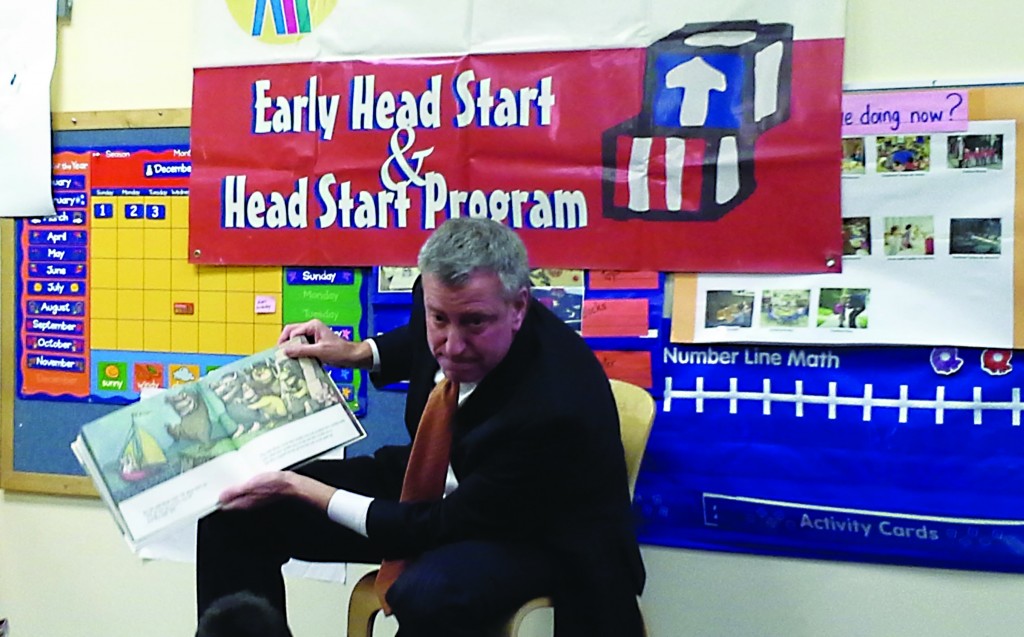 New York City Mayor-Elect Bill de Blasio on Tuesday announced a six-member working group to help implement his signature plan for free pre-kindergarten, taking what he says is a mixture of education and nonprofit experts to shepherd through what is probably his most crucial policy initiative.

The new program, according to a de Blasio statement, is expected to launch by September of 2014. By that time, he says he expects pre-K enrollment to grow from 20,000 to 68,000 children.

This does not affect yeshivos since it is limited to the public school system. A different part of his education plan, to restore after-school vouchers, would greatly aid yeshivah parents.

The co-chair of de Blasio’s transition team, Jennifer Jones Austin, will lead the education panel. Others, who will not be compensated, are Elba Montalvo, Josh Wallack, Sherry M. Cleary, Gail B. Nayowith and Nancy Kolben. They are expected to develop plans to recruit and train new teachers, and secure space for the additional children.

In related news, on Saturday de Blasio released an Inaugural Committee list of more than 50 people who will plan celebrations in all five of the city’s boroughs.

Representing the Orthodox community to help organize the festivities surrounding the inauguration on Jan. 1 are Rabbi Heshy Dembitzer, administrator of Bobover Yeshivah; Morris Missry, a Sephardic community leader in Flatbush and Yitzchok Leshinsky, an affordable housing activist. Rabbi Dembitzer has been a staunch de Blasio supporter since 2000, when the then-city council candidate came to him for help in understanding the needs of the Jewish community.

Gabrielle Fialkoff was named the inauguration chairwoman of the committee “from all five boroughs, every community and every walk of life,” de Blasio said in a statement accompanying the press release. Fialkoff served as finance chairwoman for de Blasio’s successful runs for public advocate and mayor.

De Blasio, a Democrat who won a blowout victory last month to become the city’s 109th mayor, is expected this week to name the first members of his administration, including the first deputy mayor, police commissioner and education chancellor.