Regional Boy, 10, Who Died of Cancer, Gets Police Funeral
Regional 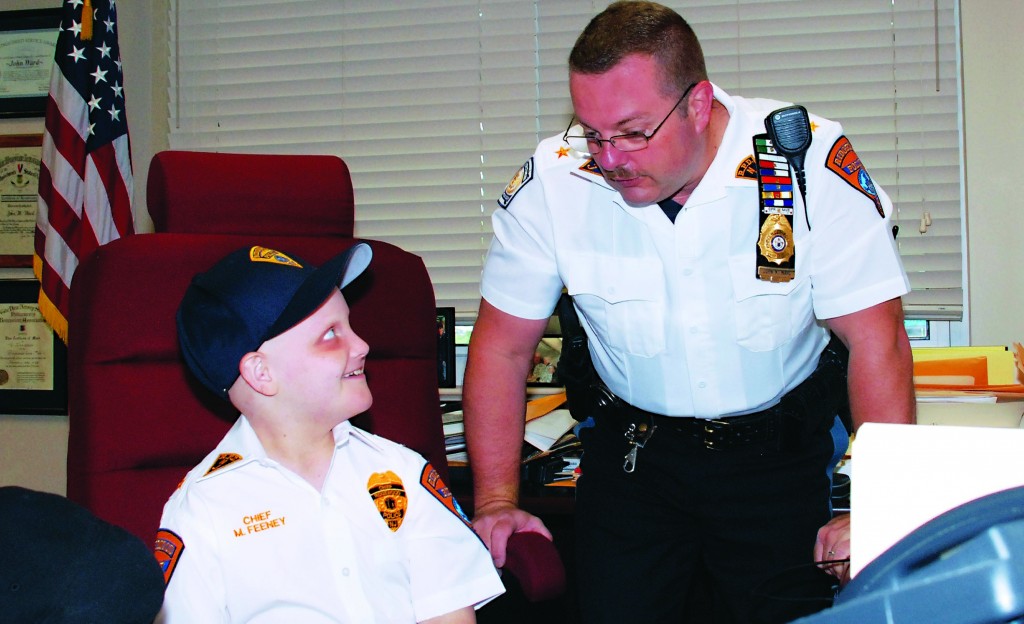 A 10-year-old boy who had been named the town’s honorary police chief was given a funeral with full police honors Tuesday, his flag-draped coffin accompanied by the sound of bagpipes and a motorcycle escort.

“I lost a partner today,” said Police Chief John Ward, fighting back tears as he emerged from the memorial service.

Michael Feeney, who died last week, had been named honorary police chief for Ridgewood for 2013. He had struggled for four years with Ewing’s sarcoma, a rare, aggressive and often fatal bone cancer that generally develops in children and young adults.

Officers from more than a dozen police agencies attended the funeral in their dress blue uniforms.

“Michael brought out the best in everybody,” the chief said. “I can’t believe the response from the departments. I’ve gotten calls from all over the country, apologizing for not being able to make it. I guess I want to thank the Feeney family for sharing Michael with us. He’s touched everybody in this community.”

The town had rallied around the boy, who was running for office at his school.

“He showed people what it is to care about something without any personal motivation for yourself. He showed courage; he wanted to make a difference,” Ward said.

“I think we need to learn from young people like this,” he said.